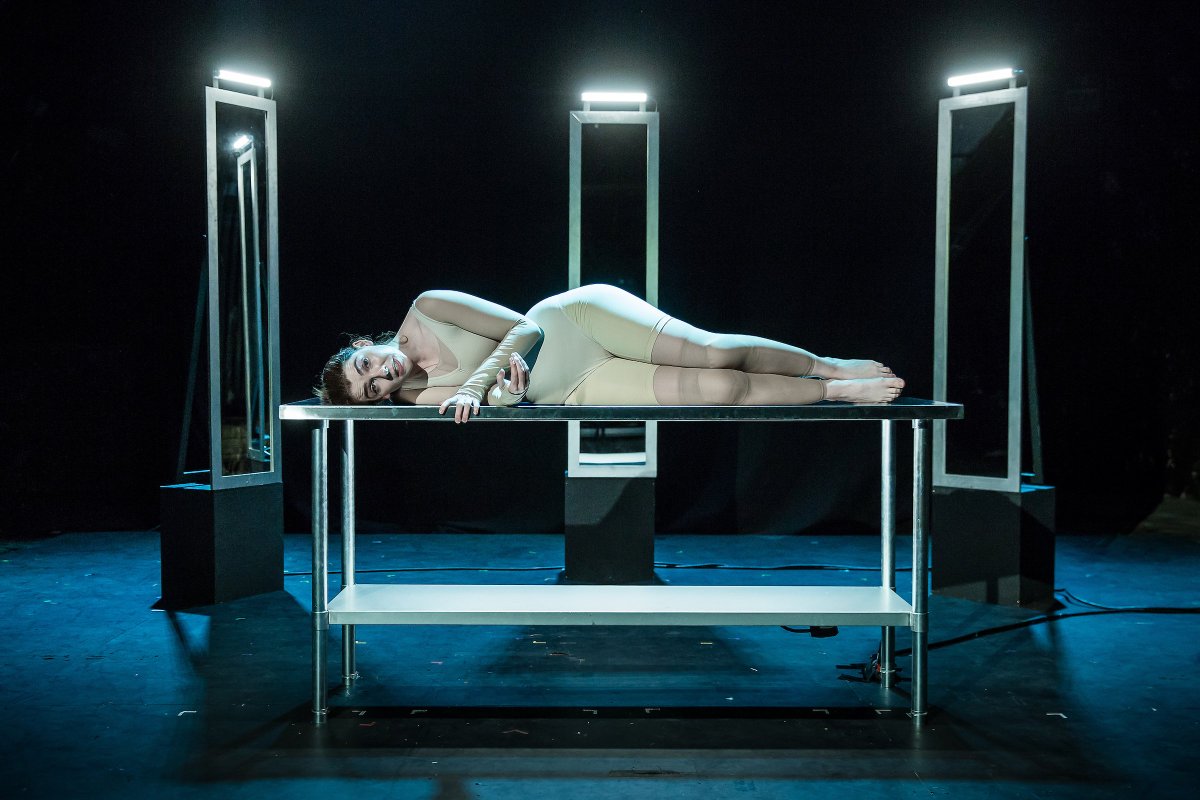 Actor and writer Milly Thomas is an unstoppable force refusing to shy away from tough material. A First World Problem, her most recent play, lays bare the cruel adolescent world of a top girls’ private school. Her two shows at the fringe are stylistically different from each other, but both are similarly confrontational. Brutal Cessation forces the audience to examine the gender stereotypes within an abusive, cishet relationship and Dust, the significantly stronger of the two works, is a monologue on mental health and suicide.

Brutal Cessation‘s mirrored structure and short, episodic scenes have the feel of a work-in-progress or a writing exercise. The performances are good and the actors’ intimacy is satisfying, but the lack of story emphasises the play’s didactic aims. Though successful in these, the resulting sensation is one of having sat through a Gender Studies lesson rather than a play – we perceive men as more threatening than women and women as crazier than men when roles are reversed within the same scenarios.

In Dust, Alice wakes up in the morgue discovering she’s killed herself. She is fascinated by her body, her friends and family’s reaction to her death, and discovering that she can invisibly go wherever she wants. As she watches those she cares most about begin the grief process and funeral planning, she re-plays her life’s highlight reel and the reasons she made the choices she did.

Thomas is a skilled multi-roller who embodies Alice and the most influential people of her life in funny, sad and frustrating scenes. Though Alice has everything going for her and an army of people looking out for her, depression is the strongest of the forces at work and eventually wins. It’s a glaring reminder that money, wealth, success and popularity is not a preventative.

Though not marketed as such, the intricate detail and precise depiction of other characters in Dust lends the play an autobiographical essence. Thomas is unquestionably close to the material – this could be a the mark of a great actor, or someone who’s sharing her personal story. It could very well be both.

The sobering final scenes are an effective contrast to the more humorous buildup that shape Alice into a believable character. Though Thomas doesn’t hold back in her text, her dramaturgy smartly supports the story she tells. It’s a slick, polished show that is hugely deserving of a life beyond the fringe.