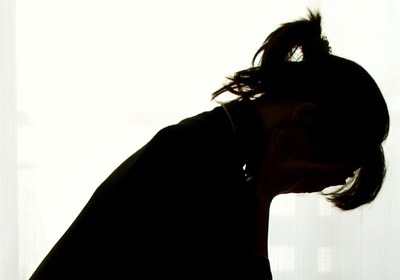 by an anonymous female actor

Do you know the man who has charm, and wit, and a presence unlike any other in the room? Do you know his charismatic one-liners? His banter that fits in well with whichever group of people he’s entertaining today? His ability to relate to you specifically, to make you feel special, important?

That man was one of my drama school tutors and he abused me.

My time at drama school was otherwise wonderful. It was everything it should have been: fun, stressful, empowering, confusing and thrilling. But it was also something it absolutely shouldn’t have been.

In the months leading up to my graduation, I said no, and no again, and then after a few sweet words my head was pushed towards his penis. I hadn’t had sex with anyone other than the men I’d loved in my two long-term relationships, then was pressured into having sex with this man I’d been intimate with for only a few weeks.

This affection had coincidentally found me when I was outside the pastoral care office, crying over the end of my 3 year relationship. The affection and attention continued a few days later when my flat and all of my belongings were lost in a huge fire. Before I knew it, I was into the week of my final drama school show and the tutor was everywhere I turned.

He asked if I had kept my costume from my final production of Spring Awakening where my 15-year-old character wore a school-girl skirt, shirt and stockings. When I said I hadn’t, he rummaged in the costume cupboard because it would really turn him on if I put it on and he fucked me in it.

He prayed on me at my most vulnerable, he used his position of power to offer a pretend stability when I had nothing left, he made himself indispensable. This realisation hurt. Sex was special to me and after all, I’d given my consent in the end. So it was my fault I felt this awful now. I’d said no a few times and he stopped, but his patience wore thin. After a surprise trip to my parents’ house over 3 hours’ drive away, I felt like I owed him. He pushed and I let him.

And then he was gone. After the promises of forever, of love, of ‘just give it a few months and we can tell everyone. Just wait until after you’ve graduated and we’re into the new school year’. I was forbidden to tell my best friend and when she found out whilst we were going through photos on my phone, I felt sick. I felt as though I’d let him down.

I went on with my life, but I was scarred. I was unable to trust, and sex had a whole different meaning to me. So did men in powerful positions. I didn’t know where my place was in the industry. I was soon to graduate and it was drilled into us how hard it would be. This tutor had confirmed the ambiguity of my position. It didn’t matter if it wasn’t true; he had assessed me for years and he knew how things worked so I looked up to him.

After this I was more careful, but the whole ordeal threw me into a destructive spiral of alcohol, withdrawal and irresponsibility. I’m under no illusion this was all because of the tutor’s actions. This was my first year out of drama school and funnily, none of these things happened to any of my friends in the same graduating year as me. I guess they’d been a little luckier in the tutor-student department.

A friend who was raped when she was younger and she told me I needed to report this – what if it happened again, to someone else? But in my mind, he hadn’t done anything wrong. Yes, he’d been a bit pushy. Yes, he’d prayed on me at my most vulnerable. Yes, he’d abused his position of power and trust but it wasn’t like he’d raped me. I said yes. So I didn’t report it.

Around two years later, it’s a few days after the Weinstein allegations broke the news. Articles started appearing on my newsfeed and one by Lucy Prebble particularly resonated. It was perfectly written and touched my heart so I shared it. A few minutes later I got a text from this dear friend who was checking in, making sure I was ok. She’d also experienced some kind of sexual advance, assault or abuse within the industry. She is someone I have always looked up to and admired. My heart ached for her. I cried. My heart ached for the other women who specifically experienced my tutor’s abuse and the thousands like us.

I never wanted to hurt someone’s career, but how can I continue to keep silent when I know everything I’ve experienced is a fraction of what other women have felt, or may feel in the future? What worries me most is that my first encounter like this was in education, somewhere we are broken down and built up and told we are safe. There are hundreds of vulnerable students that pass through drama school and uni doors every day, and tutors like this will pray on them.

We must stand together and make you know that this is not acceptable. I don’t care if you blacklist me, or grade me down, or don’t give me the part I deserve or want. You are the problem and nothing else. If your decision on my early career path is based on anything other than my talent, then I don’t want it. Your decision, and your power don’t matter to me. You are nothing, except disgusting.

3 thoughts on “Feature | ‘I was abused at drama school.’”