Ildiko is half German and half Hungarian. Rosie is half English and half Irish. The two women explore what this might mean, along with how culture, ancestry and migration, make us who we are. Their journey takes the form of an elegant cabaret similar to vintage variety TV shows. Traditional music and folk songs intersperse poignant extracts of personal narrative to make this moving patchwork of stories and anecdotes that make them who they are.

END_OF_DOCUMENT_TOKEN_TO_BE_REPLACED

Operation Desert Storm. An English primary school. Guantanamo Bay. The Green Zone. A village in Afghanistan. These are some of the places where writer Sînziana Cojocărescu situates individual stories of colonisation and oppression. Informed by interviews with over 90 people involved in or survivors of war and conflict, as well as activists and researchers, the resulting collage of violence forces audiences to reckon with white western imperialism.

END_OF_DOCUMENT_TOKEN_TO_BE_REPLACED

This new play is a real treat. Written by and starring Waleed Akhtar, it is a duologue looking at the burgeoning love story between two Pakistani men. Played by Akhtar, Bilal is a young gay Muslim man who has responded to schoolyard bullying by hitting the gym and trawling Grindr for casual hook ups. There are hints of him of him wanting more, but he pushes it down every time
disappointment hits.

END_OF_DOCUMENT_TOKEN_TO_BE_REPLACED

Elif has come to a picturesque island nation as a child seeking a better life, and finds work as a shepherdess charged with minding a landowner’s flock of sheep. Though the tyrant landowner brazenly uses her power and Elif’s undocumented status to exploit her, she quietly gets on with her job and waits for the King’s administration to process her citizenship application. This simply-written fable by Sami Ibrahim depicts an old-fashioned, magical country with an immigration system that parallels Britain’s, with an aim to critique the hostile environment. Though there are some lovely individual moments, the story is slow and often stagnant, and the political commentary clumsy and heavy-handed.

END_OF_DOCUMENT_TOKEN_TO_BE_REPLACED

As part of The Housemates Festival, City Lighthouse Theatre Company presents CONCHA, a one-person show (written and performed by Carly Fernandez) telling a semi-autobiographical story about intersectionality of queer and immigrant experiences in the UK. After the protagonist finds out they’ve contracted an STD, they navigate past and current relationships interacting with multiple characters through voice-overs.

END_OF_DOCUMENT_TOKEN_TO_BE_REPLACED

Guido Garcia Lueches is an actor from Uruguay who lives and works in the UK, which means that xenophobia and racism shape his day-to-day life. When he’s not attending auditions where he is asked to embody Latinx stereotypes, he regularly endures microaggressions from British people. This constant stereotyping is so unrelenting that he’s made a satirical, interactive show about the importance of fitting in as a migrant.

END_OF_DOCUMENT_TOKEN_TO_BE_REPLACED

Renewing a passport is usually a straightforward – if annoying – bit of life paperwork so Benedict is surprised when a letter arrives from the Home Office indicating otherwise. However, this admin obstacle is the start of her explorations a historic maze of familial border crossings, cultural differences, and complex identities. Of course, it’s still far bigger than than that because a family does not exist in a vacuum. In this instance, colonial and racial violence have shaped entire nations and Benedict’s family is a part of that, and she is here to ensure we hear her story, and those of many others who are marginalised and oppressed by imperialism.

END_OF_DOCUMENT_TOKEN_TO_BE_REPLACED

Baaba’s Footsteps begins with a striking first image: Takako, a 16-year old woman embarking on a life-changing journey in Japan, 1920. She stands upright and wide-eyed; determined, stoic, hopeful, and perhaps a little naive, Takako gazes into the middle distance, willing her new life as a picture bride into existence with a desperate intensity. It is this image that Yu, Takako’s great-granddaughter, frantically chases a hundred years later. Yu works as a television director in Tokyo, talented and busy and upwardly mobile. However, when she is suddenly fired for having an affair with a married co-worker (who is then promoted to the position she was up for), she is forced to take stock of her life, and decides to retrace her great-grandmother’s footsteps to America to hopefully regain a sense of meaning and control.

END_OF_DOCUMENT_TOKEN_TO_BE_REPLACED 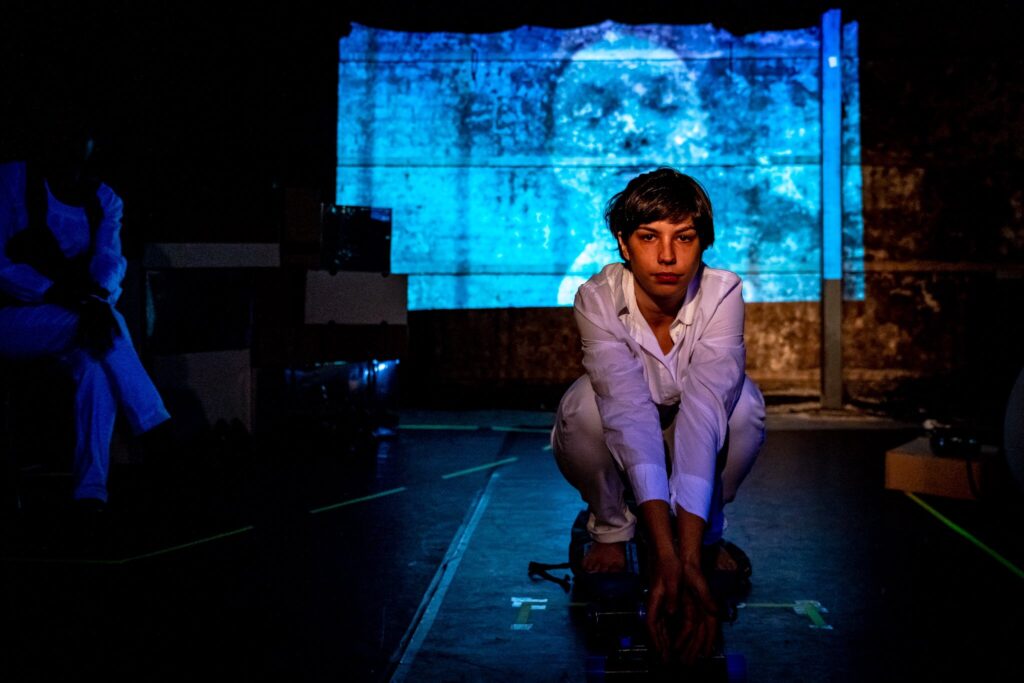 Concertina wire. I’m not sure it’s possible to get LegalAliens’ constant repetition of the definition of concertina wire out of mind. This sweet voice calmly talking about the tiny blades used to cut through material and skin over and over again is haunting. END_OF_DOCUMENT_TOKEN_TO_BE_REPLACED