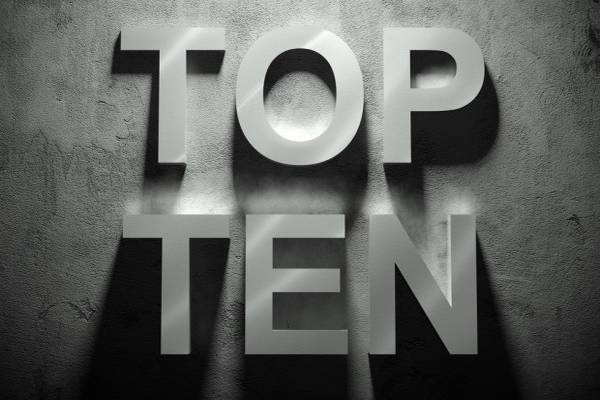 This Simon Stephens deconstruction bore little resemblance to the opera. Instead, we had a cast of dysfunctional, damaged characters unable to connect with the world around them on any meaningful level. They filled the Almeida with an electric loneliness that grasped the desperate humanity residing deep inside us all before chucking us out, exposed and raw, into the London night.

Written by a 27-year-old, Pomona captures the millennial generation in a single play. Frantically set over several levels of dystopian reality and never able to settle, this epitomises those who suffer the consequences of  baby boomers’ past choices.

The first show I ever gave five stars to, after more than a year of criticism. Good intentions and government exploitation address increasing surveillance with stunningly precise physical theatre, object manipulation and light.

A two-hander about a blind runner and her guide, this piece is refreshingly unromantic and driven by dialogue and characterisation. This is a simple and powerful piece by a promising young writer set in a world rarely considered by non-disabled people.

Theatre Ad Infinitum and Battersea Arts Centre team up to create an immersive, site-specific piece for 2-5 year-olds. Gentle and responsive to the children’s attention spans, this is a bit of a winter treasure hunt around the BAC that stimulates all the senses.

Another sharp one-woman show, this one by Sabrina Mahfouz and performed by Jade Anouka. Anouka is a Michelin-star chef who runs the prison kitchen. Part fictional memoir/part foodie homage, this character driven piece cuts an unforgettable character.

An explosive spoken word/music piece by Canadian Chris Brett Bailey, it defies description and instead must be experienced. A marmite production amongst critics but Bailey’s use of imagery within language is incomparable.

A warm and lovely adaptation of Cervantes’ novel, Don Q is an old man’s gleeful adventure story. Four actors multi-role through this story that looks at the way we treat the elderly and the joy of play-acting.

Set during the Liberian Civil War, the all-woman cast of Danai Gurira’s doesn’t hold back on the experience of women in wartime. This is a brutally raw survival story with the power to leave you shaken, guilty and grateful for the benefits of Western comforts.

This is an interactive experience that is audience-led, with no actors and no plot. Like a game, the audience is led into a hi-tech room and led through a series of tasks in order to escape. Fun, challenging and frustrating, it makes some powerful points about group dynamics and personal approaches to problem solving.