There’s usually good reason why renowned writers have known but unpublished early works. They hone their craft by writing, usually badly at first, and then have a major breakthrough after they have been writing for some time. Expecting this to be the case with Arthur Miller’s world premiere of the unpublished No Villain, the play proved to be surprisingly good. Miller’s autobiographical one act was written for a playwriting competition when the 20-year-old undergraduate at the University of Michigan was on the verge of leaving due to his family’s losses during the Great Depression. It was in the university’s archives that director Sean Turner found the manuscript mentioned in Miller’s memoirs, dashed off with the desperate hope of saving his Journalism degree. A theatrical and historical relic, the script isn’t a particularly polished affair but brims with youthful enthusiasm, political activism, and familial conflict that hints at the greatness to come in later works like Death of a Salesman and The Crucible.

From beginning to end, tension dominates this story set in 1936 New York City during the strikes that paralysed the garment district and bankrupted businesses barely holding on to their survival. Father Abe Simon (David Bromley) has no sympathy or understanding for the strikers or his sons’ recent discovery and devotion to the new political system taking over the East, Communism. Arnold (Adam Harley) is a thinly veiled Miller who at the beginning of the play returns from Michigan for the holidays. Refusing to help his father (David Bromley) at the shop because it would compromise his principles, older brother Ben (George Turvey) is more practical. The action largely centres around these three men, but the strain of the Depression also shows in their interactions with their mother (Nesba Crenshaw), sister Maxine (Helen Coles) and grandfather (Kenneth Jay).

Focused, emotionally endowed performances in heightened realism and moments of good dialogue generate exquisite set piece scenes, but the overall plot structure and storyline is a bit loose, and the politics are so blatant that it’s agitprop. This is not a subtle play, but it’s certainly not poorly made. The story is a microcosmic representation of Big Issues but it’s clear that this is real life replicated on stage rather than pure fiction. There’s a lot of preaching and arguing and threats, but the actors truthfully capture this almost-constant tension within the family, and these moments are plentiful. Like a baby Death of a Salesman, we see the idealism and father-son relationships that help make Miller one of the greatest dramatists of the 20th century.

Max Dorey’s set and Natalie Pryce’s costumes contribute detail and further authenticity to the production. Stylistically, this is a great example of early 20th century American theatre (but with accents from different parts of the US in one family) made popular by Clurman, Adler, Meisner and the rest of the Group Theatre in the 1920s and 30s. Turner captures this performance style well and in combination with the factual/biographical nature of the script, it feels like the audience is watching a moment of history brought to life. 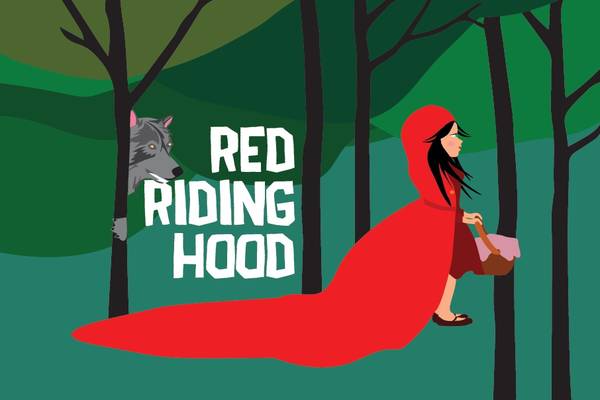 As it’s the run up to Christmas, pantos are saturating our stages. There are the traditional ones and plenty that give themselves another label in the hope of getting attention: boutique, adult and gay spring to mind. Then there are other shows that are close to panto in that they’re family friendly and/or based on fairytales, like Polka Theatre’s Beauty & the Beast. New musical Red Riding Hood, by the team that brought audiences the stage adaptation of The Secret Diary of Adrian Mole, Jake Brunger and Pippa Cleary, also falls into this category. The largely excellent, Disney-style songs are this production’s strongest feature, but unfortunately the cheap-looking set, and now-antiquated style of children’s theatre prevent this show from being a stand-out option this holiday season.

Nazarene Williams excels as Little Red. Clever and feisty, she’s a wonderfully pro-active character for young girls to identify with. Her charming sidekick William the Woodcutter (Matthew Jay-Ryan) is dopey and fun, but a good enabler and supports Red on her quest to save her family’s bakery. Matthew Barrow has more character as the wolf; his dad lacks energy in comparison. Mum Holly-Anna Lloyd is a strong singer, but she looks the same age as her daughter and the character lacks maturity. Patsy Blower completes the cast of five as the witty grandma. All of them are strong singers with that powerful, modern American Broadway tone that kids recognize from Disney films.

The book and design are a let down, though. Brunger’s writing is simplistic and not suitable for children in the upper years of primary school, and there are some unnecessary scenes that seem like they were written to add length rather than the main storyline. Three schools were there, and on several occasions the children got bored and started talking amongst themselves: a powerful indicator of this production’s issues. The story has a well-shaped structure and an interesting plot, but the dialogue isn’t far off that in Town Hall Cherubs, which is pitched to 2-5 year olds. This makes the actors perform in that exaggerated style of performance that used to be the signature of all children’s theatre, but many productions have now become much more sophisticated, even for very young children. The design looks great in dim light and the patchwork tree leaves are a particularly lovely idea, but with the lights up, they look like cheap, enlarged photocopies and the flats themselves are flimsy. The birds in the forest are origami paper cranes that the actors fly around, but there is no movement within the birds themselves. The paper rabbit on a stick slid across the floor has the same disappointing lack of impact. Grandma’s pet parrot, an actual puppet, is a much better use of puppetry. There are obvious budget constraints here, but a simpler approach may have been more effective rather than trying to make the set look grand but not having the materials available to do so.

The songs are excellent though, and there are plenty of them. From moving duets to powerful solos and whole-cast numbers, they pull back the attention every time. There are some trite lyrics here and there, but Pippa Cleary’s music is great. The show isn’t beyond rescue, though. With some re-writes and additional invention (like William’s wonderful magic book) to make it more distinctive and develop the characters, this could be an excellent example of modern children’s theatre.