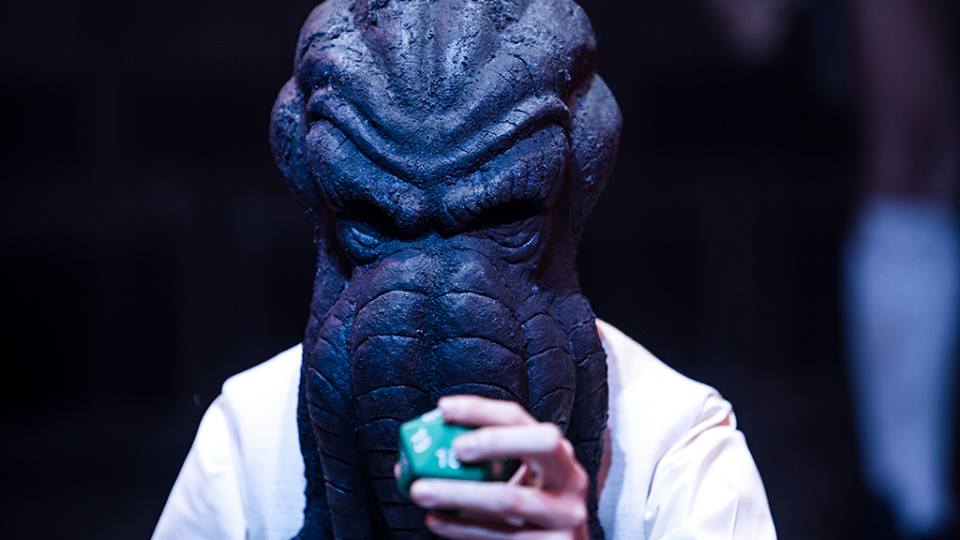 There’s an abandoned island in the middle of Manchester. One gated and guarded road goes in and out. Zeppo owns it, like much of the land in Manchester, but he doesn’t like to get involved in the goings on at his properties. Too risky. After Ollie’s twin sister disappears, Zeppo tells her to try looking for her on his abandoned island, Pomona. So she does.

A frenetically spiraling video game of a play, Pomona reminds us “it’s impossible to be a good person now” in our modern world where knowledge is power, but ignorance is bliss. Particularly when it comes to knowing what our fast food is actually made of. And what some people do for money. And that basically, life is really fucking awful and people treat other people appallingly. The characters that inhabit this dystopian world are brutally flawed and painfully alone in their horrible existences. But it’s a hold-your-breath-and-hang-on-for-your-dear-life, wonderful piece of theatre that captures the nature of existence for the Millennial generation.

Originally at the Orange Tree last year and now at The National, 27-year-old playwright Alistair McDowall’s play captures the Millennial generation’s pace of life, attention span, inability to have meaningful interactions with others and hopeless despair as they try to build a life of happiness in a crumbling world. A circular framework and an escapist D&D game quest provide some structure to the plot whilst drawing attention to the futility of the lives of both the misfit characters and an entire generation. The story manages to evade predictability, again mirroring the lives of young and youngish people trying to carve out a career, homeownership and a family from never-ending debt and exponentially increasing costs of living.

All of the characters are likeable in a painfully human sort of way, even if some are rather despicable. Though the play’s set in Manchester, it has a universality that could be anywhere. The minimalist set allows the audience to focus on the language and the story, and the actors to move around at high speed. Short scenes, loud noises and abruptly lit transitions evoke a video game, or comic book film. The ending reveal reminds us that its impossible to ever really know someone, and a person’s life is a many-sided dice of personalities and roles.

As a conventional, “audience sits down and watches actors” piece of theatre it works brilliantly, but there is potential to expand beyond the form. With a game within a play and numerous small choices that dictate the characters’ outcomes, I can’t help but feel there’s scope to develop an alternative, interactive version where the audience is able to follow their own paths within the story’s framework, like a video game/choose your own adventure book. McDowall’s language is highly visual as Ollie (Nadia Clifford) uncovers more and more information in her sister’s story, this could be seen as well as heard.

Pomona encapsulates a generation’s experience but is also a stunningly crafted piece of theatre that skillfully uses language and dynamic characters to tell a fascinating, albeit unpleasant story. As a piece of theatre and a social commentary, it is simply a must-see.

One thought on “Pomona, National Theatre”