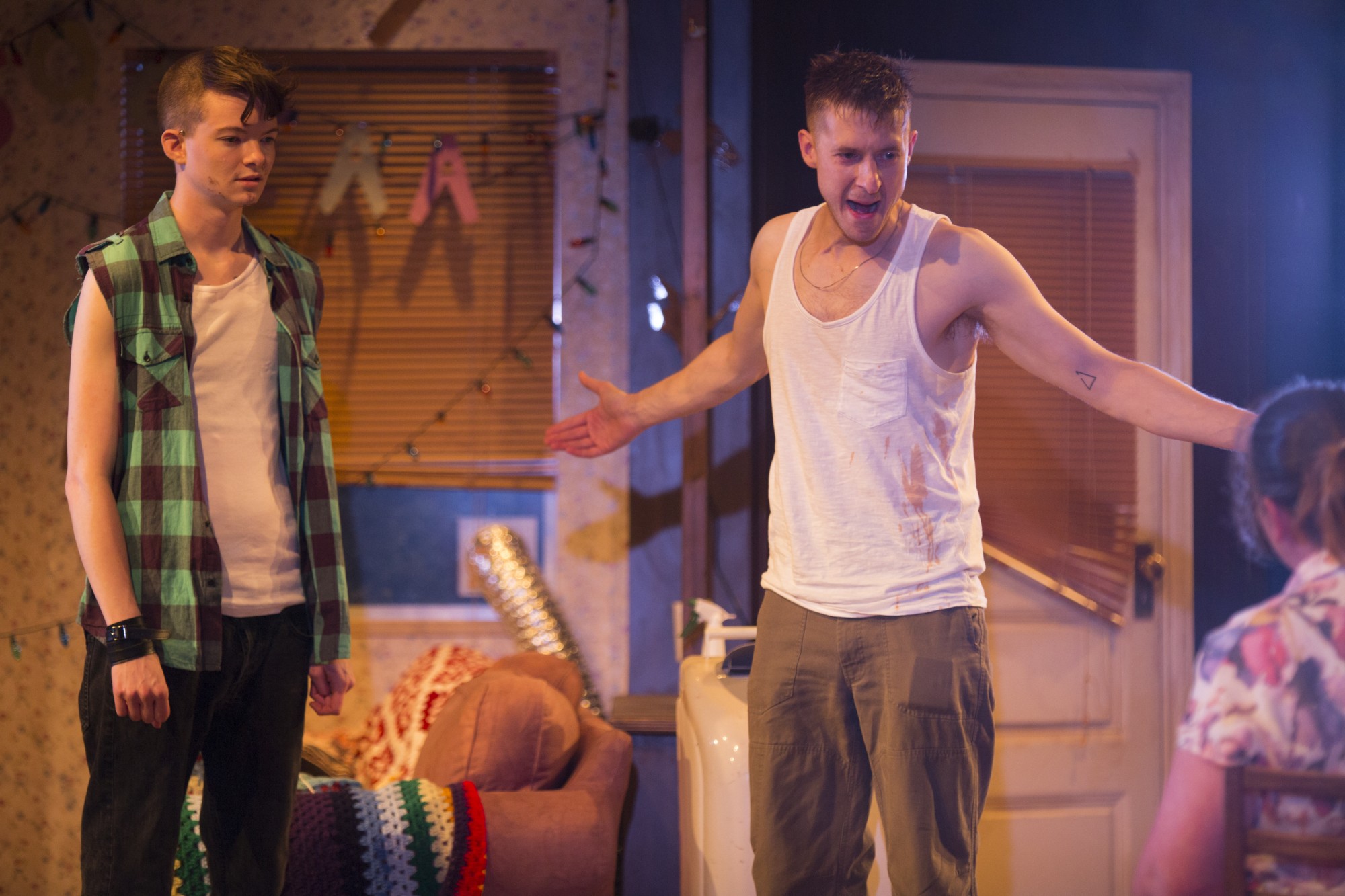 END_OF_DOCUMENT_TOKEN_TO_BE_REPLACED

Within 50 years of Shakespeare’s death, playwriting was changing quickly. Less flowery language and more powerful female characters are prominent in James Shirley’s rarely-staged The Cardinal, written in 1641. The plot is more streamlined, but some of the outdoor playhouse performance conventions linger along with the grandness of the king’s court. The story proudly flaunts influence from earlier revenge tragedies and is no less bloody, but easier to follow than some of those on stage a few decades or so earlier. In Southwark Playhouse’s smaller space with historical costumes, Justin Audibert’s production evokes the intimate atmosphere of indoor playhouses that were beginning to take over towards the end of Shakespeare’s career.

END_OF_DOCUMENT_TOKEN_TO_BE_REPLACED

Humayun and Babur have known each other since they were boys. Now the newest of emperor Shah Jahan’s imperial guards in Agra, the best friends work side-by-side on the night shift. Today is different, though. The first light of dawn will reveal the completed Taj Mahal, previously hidden from anyone other than its makers. Fit to burst with excitement, the two don’t know that the day to come will irrevocably change them as they fall prey to the giant cogs of the imperial machine.

END_OF_DOCUMENT_TOKEN_TO_BE_REPLACED

Fly to the front line. Sing some songs. Win the war. Live happily ever after. Sounds easy, right? That’s the idyllic goal that two queers, an unmarried mother and an unborn child feel in Matthew Bugg’s dreamy production of Miss Nightingale. This gorgeous depiction of 1940’s Britain hits you right in the feels and pulls on all heartstrings. The set provides an intimate cabaret club vibe, decorated with posters stating memorable lines from the wonderful songs that are performed throughout.

END_OF_DOCUMENT_TOKEN_TO_BE_REPLACED

In the programme notes for Steven Dykes’ Glockenspiel, we are told that 40% of current personnel have been deployed more than once, and 27% of those veterans deployed to Iraq and Afghanistan suffer from anxiety disorders and/depression. A fifth of ex-service people are unemployed, and a fifth report cases of domestic violence. Male ex-service members are twice as likely to commit suicide than their non-serving peers. So it’s no secret that the US doesn’t look after its veterans very well. The play tries to look at the effects of service on those now finding their way in the civilian world, but Old Sole Theatre Company’s execution doesn’t deliver the power needed for this slowly-developing script.