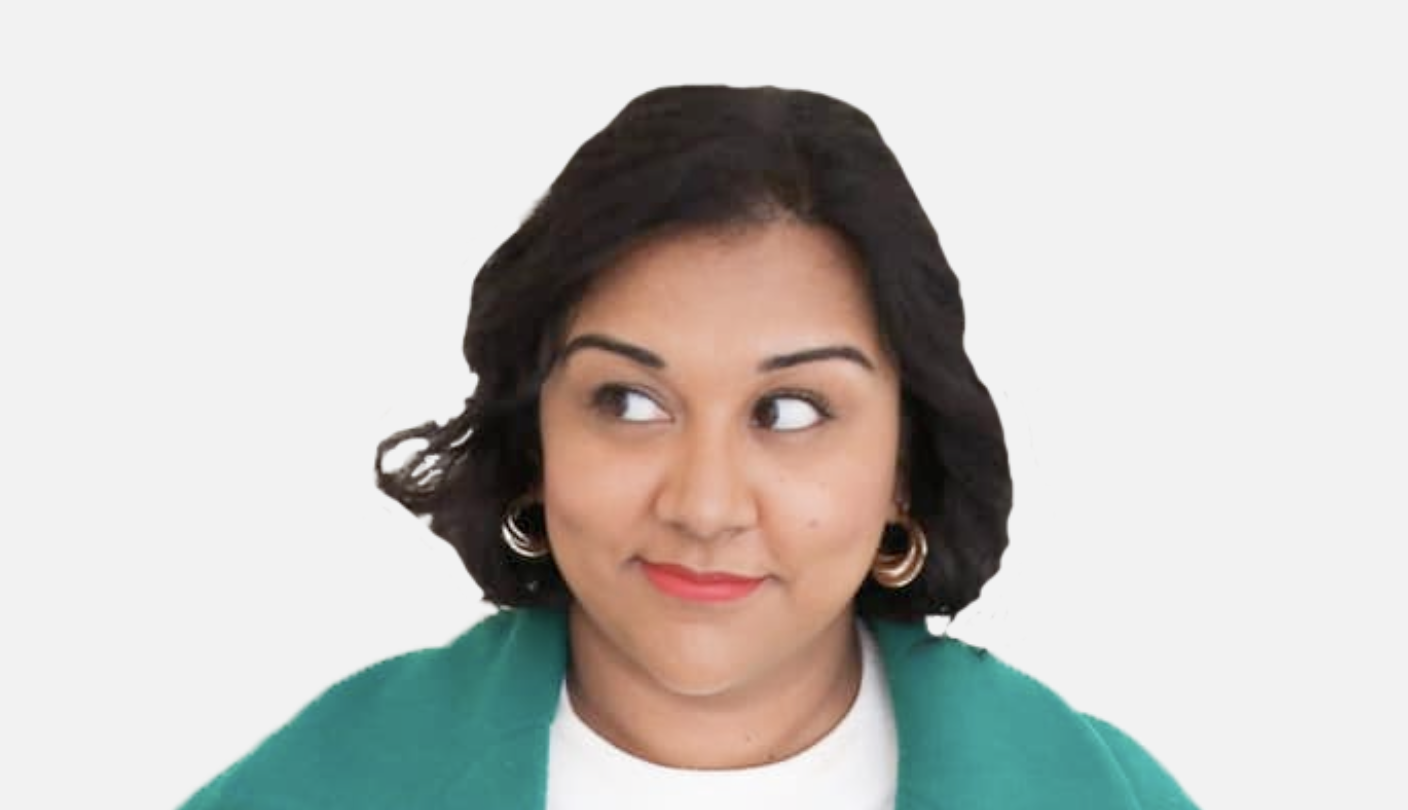 Sukh Ojla brings tonnes of charm to the stage as she takes us through the grievances of a single, 30-something Punjabi woman living with her parents.

Without using any gimmicks, we hear anecdotes of Ojla’s family. The scene set by her natural storytelling ability. Despite having a totally different upbringing, her 4’10” mum’s persistent talk about marriage, her grumbling dad’s embarrassing intrusions, and the awkwardness of living in a tight-knit, Asian community in Gravesend is familiar. Taking an audience of different backgrounds and getting everyone to empathise with you is an incredibly difficult thing to achieve – Ojla doing so with such ease is a mark of her expert craftsmanship. This is because Ojla is also an actor; who takes advantage of her performance skills in various sketches, too. The recurring passive-aggressive-complainer is particularly convincing.

The whole show is fairly clean by today’s standards. There’s a naughty quip or two, though given the strict precedence set, even soap would feel dirty. It’s refreshing in this era of seriousness to watch a whole hour of nothing but pure-hearted comedy. You don’t need to punch up or down, just inwards.

There’s a good balance of scripted jokes and riffing off of the audience, enough call-backs to keep the ad-libbing relevant, but not so much that it overshadows the material. Some jokes are told in Punjabi, and like all jokes in a language I don’t understand (which is, embarrassingly, any language other than English), they didn’t land like they do in their native tongue, even with translation. This isn’t a bother, there is plenty of English material to get laughs from.

Discussing everything from dating to depression, this show has something for everyone. Ending with a sweet but serious note on mental health is a nice touch, and evidence that Sukh Ojla is the loveliest comedian you’ll see at the Vaults this year.