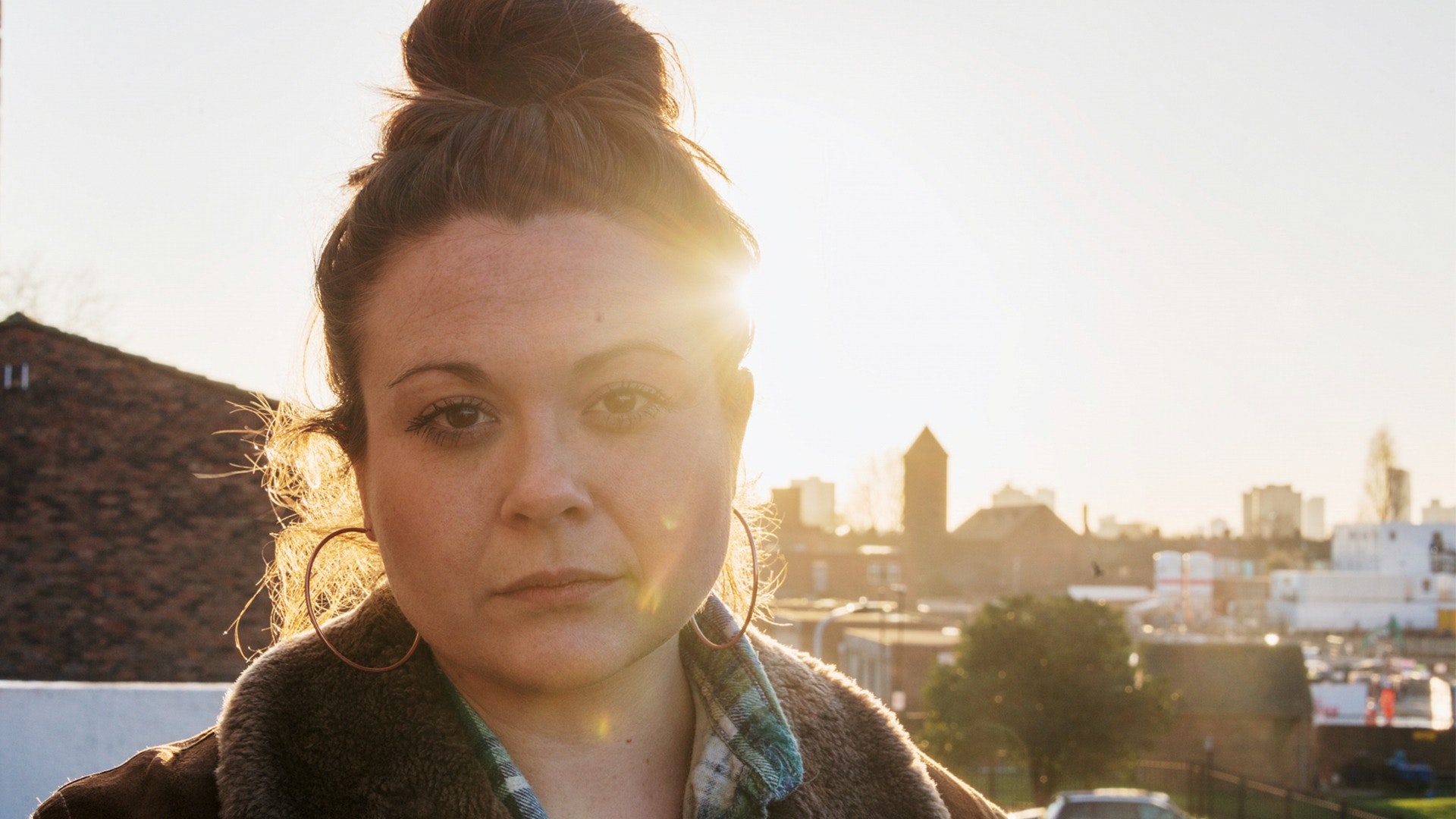 Kirsty is a sixteen-year-old girl growing up in ‘00s Brentwood. She likes blue WKDs, Elton John and pie and mash. She’s also desperate to hook up with ‘Sexy Ricky’, but has a secret she doesn’t want to share.

Maria Ferguson’s one-woman show about growing up in Essex is a hilarious nostalgia-fest for anyone born in the late ‘80s or early ‘90s. Guffaws of recognition meet the tales of doctoring IDs with sticky-backed plastic, spinning round on office chairs while necking pre-drinks and spraying bottles of So…? Kiss Me all over every available body part, in what suddenly seems like a more innocent world for teenage girls, pre-Instagram, Kardashians and lip filler.

But there’s a darker side too. As Ferguson points out, the Collins English Dictionary says Essex girls are ‘unintelligent, materialistic, devoid of taste and sexually promiscuous’. All white trousers, fake tan and blowdries, girls from Essex are still assumed to be ‘easy’, and teen girls are called slags and sluts while they are pawed at by lads on the dance floor and brutally insulted and shamed if they have the temerity to reject an advance.

The show perfectly captures the mix of wide-eyed naivety and worldly cynicism of sixteen-year-olds the world over (the references to Liesl in the Sound of Music prove this is well-trodden ground), as Kirsty delights in her hopes of falling in love, going to music college and becoming a singer while also slowly realising all the challenges and limitations she might face as a young, working-class woman.

Ferguson portrays this wonderfully, effortlessly switching between disarming, smiling warmth and hard, world-weary defensiveness and back again. She’s an engaging and at times transfixing presence, able to use the gap between her age and Kirsty’s to poignantly highlight the benefit of hindsight and all the life lessons you learn at that formative age.

Largely concerned with issues of gender and class, the show is a warm celebration and affectionate look at all things Essex for a teenage millennial, while at the same time asking contemporary questions of a culture which, in its attitude to women, can still be restrictive and old-fashioned.