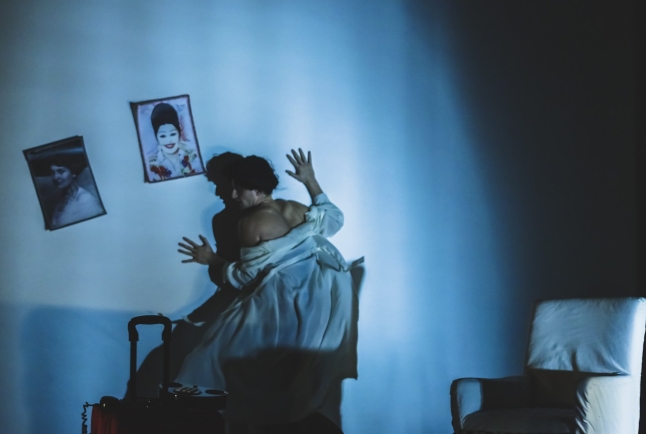 Alma Margaretha Maria Schindler was the wife of three famous artists and the lover of a fourth. A composer herself, her achievements are overshadowed by the men she loved. It’s the typical tragic narrative of talented women from the past, and this show unfortunately perpetuates it.

Only mentioning her musical achievements in the programme notes, this solo drag performance scrutinises her role as muse and the helplessness she endures within her relationships. She is painted as a victim, which she is, but her individual identity as separated from the men in her life is completely ignored.

We see a series of sketches showing Alma on the phone, dressing or rowing with unseen men. She monologues some of her woes and speaks to friends, but she is resigned to often waiting inside for her husband or lover. She is framed as weak and helpless, despite her sophistication. There is little historical context within the show other than period costumes and language; the script doesn’t include her husband’s achievements or her social status, either – just generalised narration on how they feel about her. The concept of a muse’s power is briefly touched upon, but little is done to elevate her or honour her memory independent of the men she loved.

Fluid, curving arm movements and plenty of dramatic collapses and lounging form the basis of the performer’s physicality. It’s all very grand, yet superficial. Her sadness and despair comes through in the spoken text, but the posing telegraphs despair rather than lives it. Like the script, there’s little substance in in the choreography and not much of a sense of the woman herself.