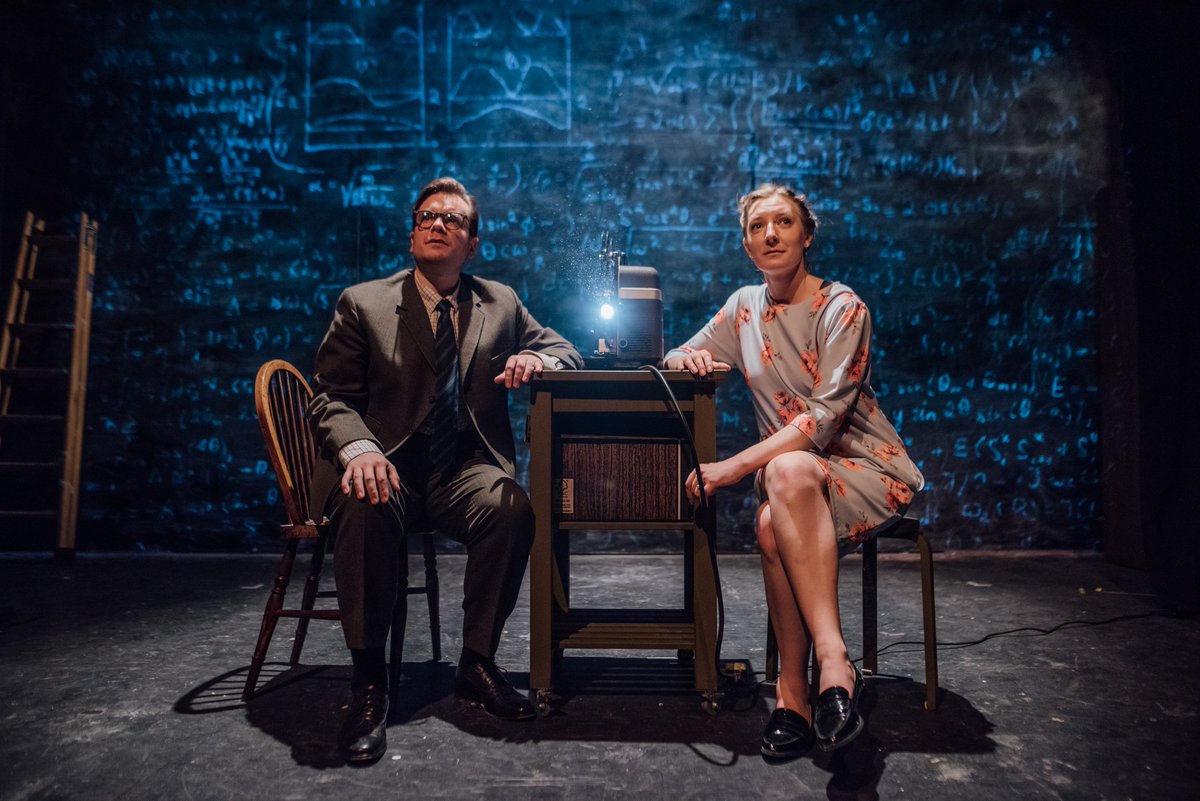 Ava is fascinated by human beings. Not just generally, but in the academic, evolutionary sense. She’s also going through a tough time and needs a break, so she’s on the pull. Jamie’s also after a distraction and the two matched on Tinder, so now, after millions of years of evolution, these two people are having dinner.

As it turns out, Jamie is the grandson of one of Ava’s heroes – Jacob ‘Bruno’ Bronowski who wrote and presented the 1973 BBC documentary ‘The Ascent of Man’. Finding this out leads the pair down a rabbit hole of life changing familial discovery. Flashbacks to the young Bronowski couple and Bruno at work, combined with Ava’s regular lectures, gives this smart new play an epoch-spanning context.

Though weighted with slightly too much favour towards the scholarship aspect, the script builds compelling relationships and characters. The hour-long run time is a disservice to the story, which would have more impact with an extra half an hour. The relationship between Bruno and his wife Rita is particularly underserved.

David Byrne and Kate Stanley’s direction is similarly clever and surprising. A few bookcases are versatile set pieces; chalkboards and vintage video projections pad out the atmosphere. Arial work is included – something usually only seen in circus acts at the Fringe, but has great impact in its sparing use here.

The design gives a polish not normally present at the Fringe, and a strong ensemble brings the production elements together well. This striking, ambitious play gently provokes contemplation on the wonders of evolution and the human body, but without the despair that is so easy to cave into in this day and age. It’s easily one of the most sophisticated shows this year.