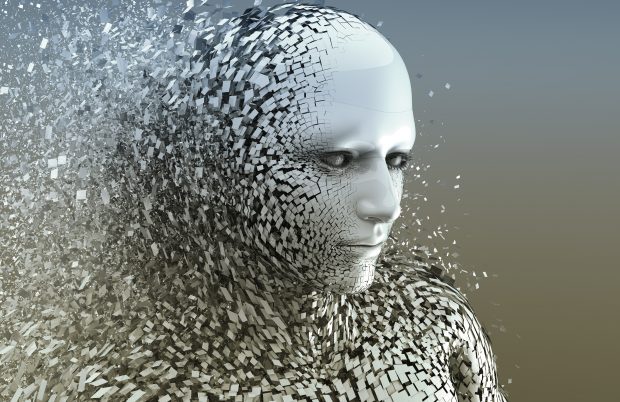 The anthological structure is held together brilliantly by Matthew Gill’s recurring scenes as the Facilitator in Best Possible Candidate. He welcomes us to an immersive experiment we have accidentally signed up for: in the hopes of righting wrongs created by current politicians, we look forward to a five-year programme of question after question vetting all of us meticulously. By the end of this process, the person with the soundest mind (hello, random audience member) becomes our new Prime Minister. Who says meritocracy is dead?

Anie Hu transforms from cute, cat-print-skirt wearing life coach to chilling horror-comedy queen in Decluttering, as she teaches an oppressed and grieving wife (Suzy de Lezameta) how to get rid of all those things in her life that do not spark joy. She ultimately Marie Kondos her abusive husband right out of her (and his) life while she’s at it. The performance of the growth of this character is heartfelt in a span of time that feels much longer for its substantial, clever, and eloquent writing.

If you are still not cynical enough about the dark side of today’s tech, you will be absolutely terrified by your own phone by the time Lio Lylark is finished with you as the edgy embodiment of Alexa, the app. She knows what your children Google, and she is also disappointed in the lack of thirst for knowledge in your search history. She listens to you always. Always. Even when you’re having sex, in case you need to change the playlist. She can access that one picture of you smoking weed from years ago that you’ve forgotten about, but which is still in the cloud. What if she developed her own independent consciousness and will and turned against you? Thanks for that
terrifying idea, now I want this as a full-length episode on Netflix. Yikes. Brilliant.

The Other Side deals with an extreme case of living for social media. We meet Cat (Kia Dickinson, bringing that picture-perfect influencer #lewk) and Christina (Lara Lom, who is frustratingly good), sisters who are #fabulous and #livingtheirbestlife. Until they don’t. Since these girls’ lives have been vlogged literally since the moment of their birth, it’s only right that we get to see even the moment of Cat receiving a diagnosis of terminal illness, always with a 240W smile! A grieving Christina asks for privacy at this sad time—but of course the funeral will be live streamed, and morbid merch will hit their web store! Remember, if you wouldn’t be seen dead in a dress, it’s not the right colour for you!

Alas, just in case Christina thought she can finally launch her music career and rebrand her show, Cat starts vlogging from the afterlife! Bet you thought she couldn’t outshine you! Unfortunately, it’s a lot less glamorous or interesting on the other side than anticipated. Through this caricature of a comedy’s critical take on our social media obsessed world, we wonder just how much of what we’ve seen we are guilty of ourselves to some extent. Today’s younger generation is growing up on social media already, and base their self-worth based on the number of likes they get. Would there be any point in anything if the audience just unsubscribed and switched off?

Mood Lighting explores a solution to the mental strain of that good, old stiff-upper-lip attitude. The King of England’s idea that everyone wear a light indicating their true emotions catches on. However, once the honeymoon phase of this new invention wears off, worn-out nurse Alice (Honor Palmer-Tomkinson) may face redundancy if she doesn’t perk up from her murky grey to a content yellow soon. At the end of the day, if you’re miserable, no one wants to deal with it—just as beforehand—only now you can’t hide it. Fear not, annoyingly zen, mood doctor Xanthe (Catherine Stevens) has more tricks up her sleeve than you’d think.

We finish with Three Score and Ten, a fantastic monologue by a speaker (Emma Byrne) advocating for the state-controlled decimation of men of a certain age. After all, so many say if they had only known they had x years left, they would have lived a fuller life. Well, now you’ll actually know when your time is up. Why not take this time to set things in order? Why not even attend your own memorial?

De Vekey’s wickedly smart and twisted writing proves in real time just how easy it is to manipulate a crowd to follow your logic, if you choose the right words. Stepping out of the theatre, you realise that’s not just a work of fiction, but something we are actually bombarded with every day. If problems become graver, such as austerity, overpopulation or an ageing society, how will we be able to tell the difference between drastic but reasonable solutions and ones that would practically work but are absolutely mental?

The Future is Mental may leave you even more cynical about technological advancements, constant surveillance, social media, and politics than you were before seeing the show, but the Network Theatre Company is sure to entertain. There is already a nugget of truth in every scenario, but if we are really heading that way, at least you get this talented and colourful troupe to have you in stitches.

The Future is Mental runs through 23 February.