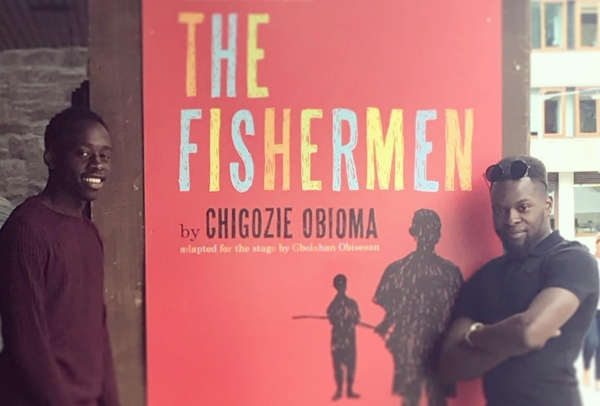 Michael Ajao & Valentine Olukoga capture the audience “hook, line and sinker” in this beautiful two man performance about a family of four Nigerian brothers, Ikenna, Boja, Obembe and Benjamin – and a prophecy which brings devastation and loss.

Obembe and Benjamin (Ajao & Olukoga) tell the story through a series of flashbacks. When the local madman predicts the eldest brothers’ death – “killed by a fisherman”, the family notice a change in Ikenna as he becomes more withdrawn.

Though the stage is set simply, props and the space are used well. It’s incredible how the actors change between past and the present, using little modifications to change between characters and scenes.

Heart-achingly beautiful, The Fisherman highlights the importance of brotherhood and family – “you are all I need”. Several audience members – including myself – are left welling up at the end of the performance.

The Fisherman runs until 27 August.