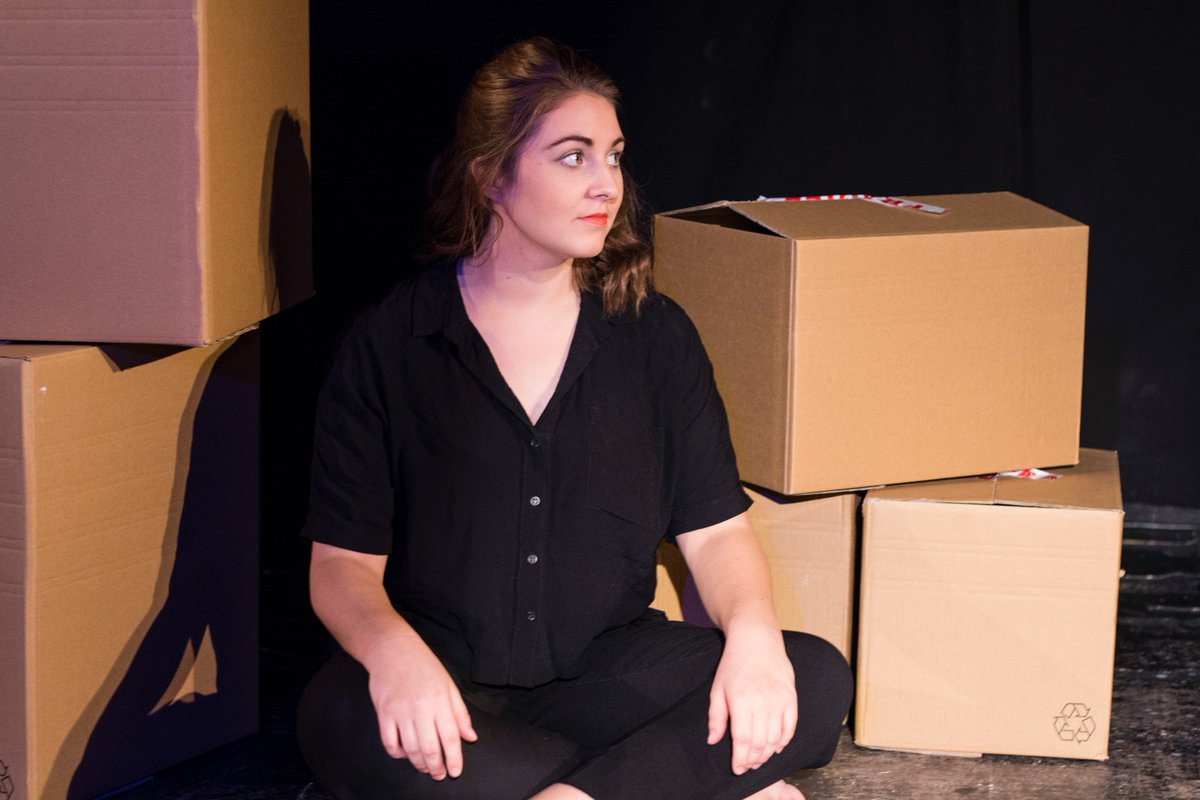 In world of Harvey Weinsteins, Bill Cosbys, MRAs and other own-brand misogynists in and out of the arts, A mini-festival of feminist theatre should be a soothing balm to the wounds wrought by male privilege. It is, in part. Though it’s great that feminist work is getting much-needed exposure, Maiden Speech varies in quality and lacks true intersectionality.

Both Christina Bloom’s Inside Out and Rachel Causer’s (RE)Play, programmed as a double bill, use boxes as a theme to address sexuality in the former, and growing up as a woman in the latter. (RE)Play is the stronger and clearer of the two pieces, though Inside Out‘s joint writer and performer is an impressive actor-musician.

With a focus on original songs, Inside Out has minimal narrative and plenty of atmosphere. The songs develop a generalised mood of frustration and despair, but Bloom’s script doesn’t address these with much specificity. Though there’s a happy ending, the story she tells through song, narration and projection feels generic rather than unique. Bloom also performs, and is an impressive actor, singer, musician and dancer though external dramaturgical support and direction will give this piece much more focus and clarity.

(RE)Play takes inspiration from a selection of comedians that inspire Causer, including Victoria Wood, Caitlin Moran and Joan Rivers. A significant portion of the show consists of audio broadcasts from their performances and talks, which Causer uses to address issues in her own life. There’s a lot of humour to be had in these borrowed excerpts, but Causer’s life is sadder and more reflective. Though it’s a good use of juxtaposition, she relies too heavily on others’ work. There’s a sense that Causer is still developing the confidence to use her own voice rather than using other, more famous women (all of whom are white) to justify her own emotional life.

It’s evident that these pieces are in the early stages of their development, more scratches rather than fully-formed. It’s great to see early-stage work in a format like Maiden Speech, but producer Lexi Clare would have more impact with work further on in its’ development process and with writers that aren’t all white.