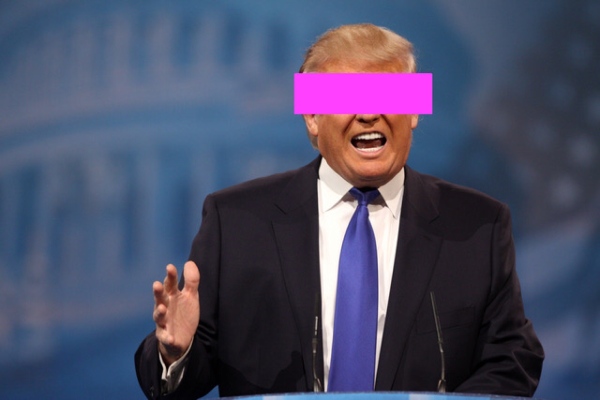 In Stuck, four women alternate telling a story, reciting a monologue or presenting a speech. The work is loaded with satire that directly critiques the current political climate and societal struggles of sexism, patriarchy, immigration and oppression. Tamara Astor, Sophie Crawford, Lula Mebrahtuand Deli Segal are far from stuck; they are navigating a series of continual journeys. Although the themes cover many historical periods, the rich content of the text allows for critique and action from within. Dislocation and displacement are paramount but paralysis is not.

Contemporary and historical speeches from women form the structure of the work and director Andrew Brock, who runs the sound and lighting from behind a corner, appears at beginning and end in a Donald Trump mask. Speeches include those by Nancy Astor, the first female UK MP, Josephine Baker, an American civil rights activist and suffragette, Emmeline Pankhurst. They are woven between stories from a backpacker, or a refugee, a girl saying goodbye to her Dad or woman jumping on a bus in a new and strange community. Impassioned monologues, emblazoned by the drama of each story, juxtapose the famous and the unheard in a series of gender-based scenes of oppression. Through this mixture of historical cannon and genre as content, Stuck finds the heroic in the everyday.

Trump’s cameo is unnecessary; the speeches themselves are powerful enough to relate to an audience with its own cultural makeup and political woes. The characterisation of each woman is, on occasion, excessive but draws on the emotive content and context of each speech. The almost minimalist style of the lighting and set sits at odds with the sometimes excessive dramatization. A simpler delivery would make for a more complex play. This would work well alongside the uncomplicated design of the work. One long strip light sits on the floor at the back and is raised and moved by the performers, an over-head projector forms an up-light in the foreground and a series of torches shone against metallic paper allow the minimal style and function to sit hand in hand.

My name and place of birth is taken as I enter the space and written on a sheet of paper. A tribal goddess adorned with a paper head dress scatters these papers one by one, to be picked up and silently read, one after another. As bodies chase, place and abandon each spot for the next one, a choreography of churning worlds, flying papers, moving bodies and stillness introduces the running theme of journeys, displacement, home and belonging. The movement-based tableaus often strengthen the ensemble and the message: The quartet works back-to-back for example, supporting each other through balancing, moving up and down with torches in hand whilst one of them is talking. An abstracted world or set of bodies in space create a context for movement or frame the speaker as a chorus might and allude to a team of like-minded individuals who are fighting to be heard, the audience included.

The piece itself appears to be displaced at a stop off point along its long journey like that of the first speech of a traveller stuck in limbo, waiting for a visa. Tucked away on the eighth floor of a tower block in East India Dock, ‘Stuck’ is surrounded by a shiny, beautiful, soulless micro-city, abandoned for the night by the suited office workers and temporarily inhabited by four passionate women. The audience felt like they had travelled far into the middle of nowhere to find them, and this critique of the very world it inhabits feels transient and temporary which surrounds its message with a greater sense of zeal and urgency.