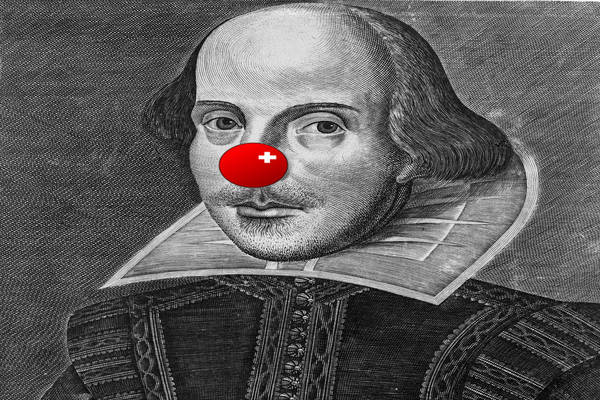 “Americans can’t do Shakespeare,” joke the five women from A Fool’s Paradise.

The self-deprecating, all-female company of players from Baltimore boot that myth out of the theatre with relish. Having learnt 45 scenes, speeches and moments from Shakespeare’s cannon, they promise to perform 30 of them in 60 minutes or else one of the actors gets a pie in the face.

In this delightfully raucous hour, the audience chooses what the actors perform from a bingo card that adds play to their autonomy, and they’re encouraged to take photos as well. The performances are a mix of styles, from emotionally committed and realistic through to outrageous slapstick. Some stick to Shakespeare’s text, some eschew it all together. Some use audience volunteers, some use props. The range is reminiscent of variety, vaudeville and US-style improvisation shows, creating a wonderful mix of theatrical traditions. It’s part-game show and part-celebration of Shakespeare teetering on the edge of total chaos. The atmosphere becomes wonderfully Elizabethan, with the actor/audience and actor/character boundaries heavily blurred.

Kids get involved in order to fill their bingo cards and win sweets, adults are swept away by playful joy. The performers’ response rate is lightening fast and each of them plays about a dozen or so roles. It’s a fantastic display of improvisation, multi-rolling, ensemble and physical skill, and the company are warm and charismatic, sharing enthusiasm rather than alienating through an acrobatic display of Shakespeare knowledge. The material isn’t all from his most popular plays, either – they include histories and the late romances though not all of the scenes include context, which makes it a challenge for even the most Shakespeare-familiar to keep up.

It’s a shame they aren’t here for the whole festival as it promises to be different each night and the exuberance of the company is a delightful celebration of Shakespeare’s greatest moments.