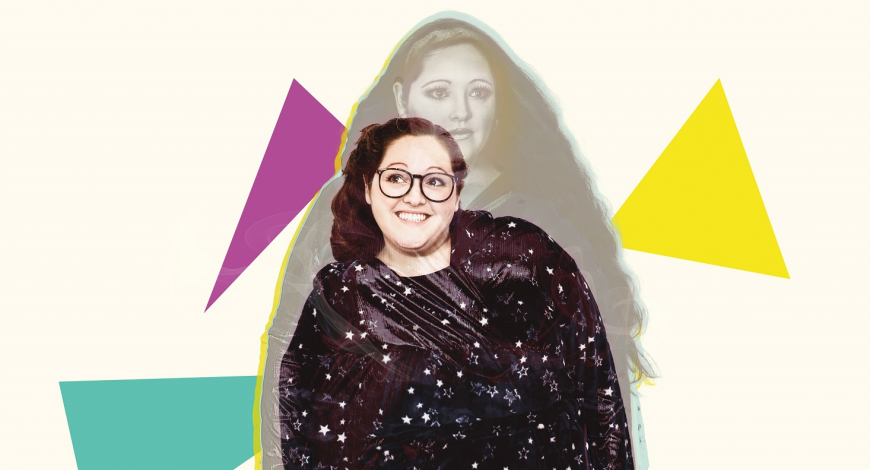 Like many teenage girls past and present, Amy is riddled with insecurity about her body to the point that she struggles to see her strengths. She wants so desperately to have everything that her best friend Ellie has – popularity, good looks and a date for the dance. Fortunately, Amy’s super pro-active so she’s gathered together everything she needs to cast a spell that will make her pretty. Things don’t go to plan though – instead of suddenly transforming into a conventionally attractive girl, she summons an unexpected guest.

END_OF_DOCUMENT_TOKEN_TO_BE_REPLACED

Scott Alan is a long-standing cult favourite amongst musical theatre enthusiasts and his most recent song cycle The Distance You Have Come weaves in his most popular numbers with some newer ones. But whilst this cast is stellar, the ‘story’ is a little bit of a stretch. It’s the songs and actors that make this show most enjoyable.

END_OF_DOCUMENT_TOKEN_TO_BE_REPLACED

New writing based on classical literature, with the audience being served Italian food as part of the performance, sounds like a cracking way to spend an evening. The Gastronomical Comedy tells Dante’s story as he tries to be an actor in London but ends up working in his wife’s uncle’s restaurant, The Inferno, to pay the bills. It’s a timeless story of artistic struggle meant to parallel Dante Alighieri’s journey through hell, though the connection between the two stories was tenuous at best as the modern day Dante didn’t encounter particularly difficult opposition to his dreams. Despite good performances, it’s a concept that is good in principle but feels very much like a work-in-progress in need of quite a lot of script development before being a completed piece of theatre.

Paolo Serra’s script co-written with Jud Charlton and Gian Sessarego is quick and choppy, too brief to allow the story to unfold at a realistic pace but neither is it episodic. Dante quickly gets a role in a profit-share show, he easily finds a day job, and his wife gives him a bit of grief but nothing major. The play runs at just over an hour, but this is too short for the time frame covered and character journeys contained in it. Dante is the active hero of the story rather than Alighieri’s passive observer and some comedy and magic opens the evening, which although fun, doesn’t contribute to Dante’s story. As for the food, there was plenty of it served by an onstage waiter-magician to select ticket holders who got several courses of food at onstage tables. Some other audience members received samples of pesto pasta from Dante’s frantic on-stage kitchen, but the rest were unlucky. Disappointing, as it smelled fantastic.

The performances are good though. Sessarego is the optimistic but poor Dante who left his wife in Italy to pursue an acting career. Two additional performers, Jud Charlton and Louise Lee, play several other characters in Dante’s life. These people are extremely heightened, which could clash with Sessarego’s naturalism but effectively draws attention to his foreignness. Charlton’s fringe theatre director who casts Dante in an adaptation of The Divine Comedy is particularly good, as is Lee as Dante’s wife Patricia who the audience mostly sees through projected skype calls.

Set was a chair and a metal trolley for the kitchen, not helping the incomplete feel of the production. There are some well-designed projections and music in Dante’s restaurant, The Inferno, which helped combat the sparseness of the script. The performances also help alleviate the lack of substance, but for The Gastronomical Comedy to really push boundaries of genre and create a food/theatre performance event, the script needs to follow through with several courses rather than try to get by with a predictable starter and a side salad.

“Upon entering the theatre, a castle wall that looked like painted cardboard greeted me, and my heart sank. The set had the look of a budget Shakespeare production interpreted by enthusiastic amateurs, or something at home in a school hall…Fortunately, the set was an insignificant backdrop to some marvelous performances…

“The theatre company Custom/Practice claimed this production was a response to the upcoming re-internment of Richard’s remains. Expecting something current, I was confused by the mostly medieval costumes and traditional staging. The costumes, like the set, were redolent of a school or college production because of their inconsistencies…

“Director Rae Mcken made some excellent casting choices…Ousellam’s performance suggests that Richard charmingly murdered his way to the throne. His stage presence is magnetic and his verse handling flawless…Imogen Slaughter, as Elizabeth, is fantastic in her fight against Richard and eventual consent of his marriage to her daughter…Some of the characters could have used more development, such as Rebecca Loudon’s Lady Anne and Mott’s doubling as Richmond.

“Although nearly three hours with an interval, and despite the uncomfortable bleacher-style seating at The Cockpit, the production’s pace and energy ensured it did not feel that long…Mcken certainly has good ideas, but some could use refining…

“If a solid, well-acted Shakespeare is something you enjoy, this certainly hits the spot, as long as you overlook the design.”

Read the entire review here on everything theatre.