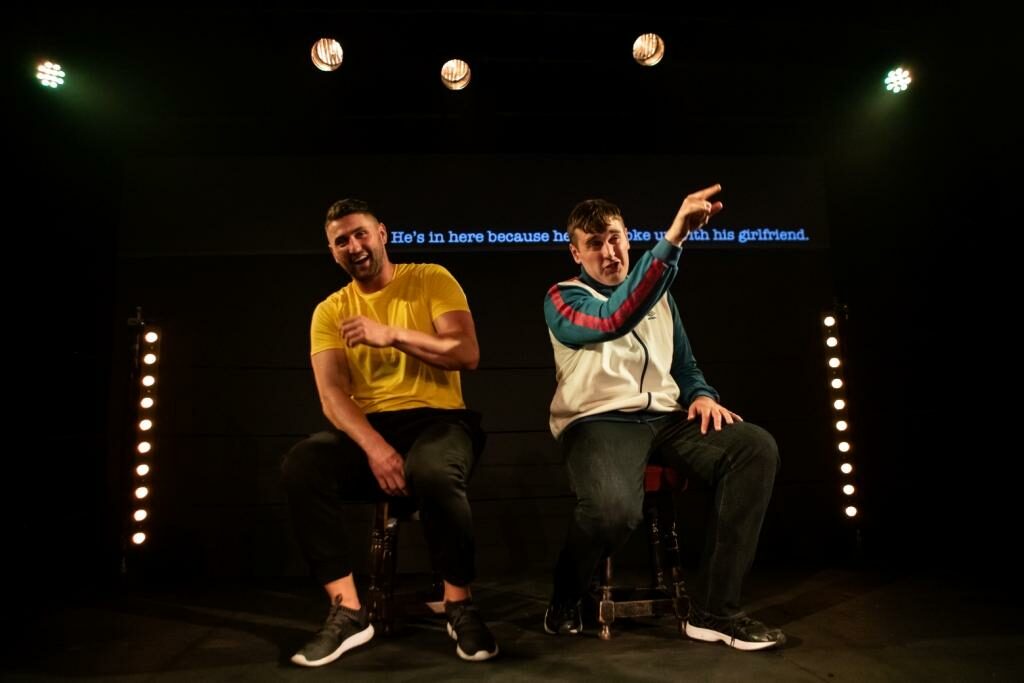 Barry Calvert and Brendan Quinn are Monty and Sas, the former is aggressive and immature whereas the latter is sensitive and forward-facing. Sas is, rightly, struggling to come to terms with an incident that happened several years ago involving their friend Katie. He also battles depression, and Monty’s stubborn refusal to grow up and empathise – though there’s minimal tension between the two of them. Instead, the plot is driven by a stream-of-conscious dramaturgy that mirrors the way the two men drift through life with little agency.

There’s a prominent thread of toxic masculinity that further divides the characters. As they grow apart, Monty refuses to let go of his objectification of women, whereas Sas self-corrects when he catches himself using the word ‘bird’. This is a source of distress for Sas, particularly as Monty refuses to understand why his attitudes are problematic. It’s also great to see these issues addressed in a play that has only male characters.

Though the fantastical moments are engaging as set pieces, it takes some time for the storyline to emerge and develop momentum. As much as these men’s lives are marked by a lack of movement, more would be welcome in the script. This is a small quibble, however – this is a powerful play confronting the consequences of the UK’s lack of social mobility and opportunity.