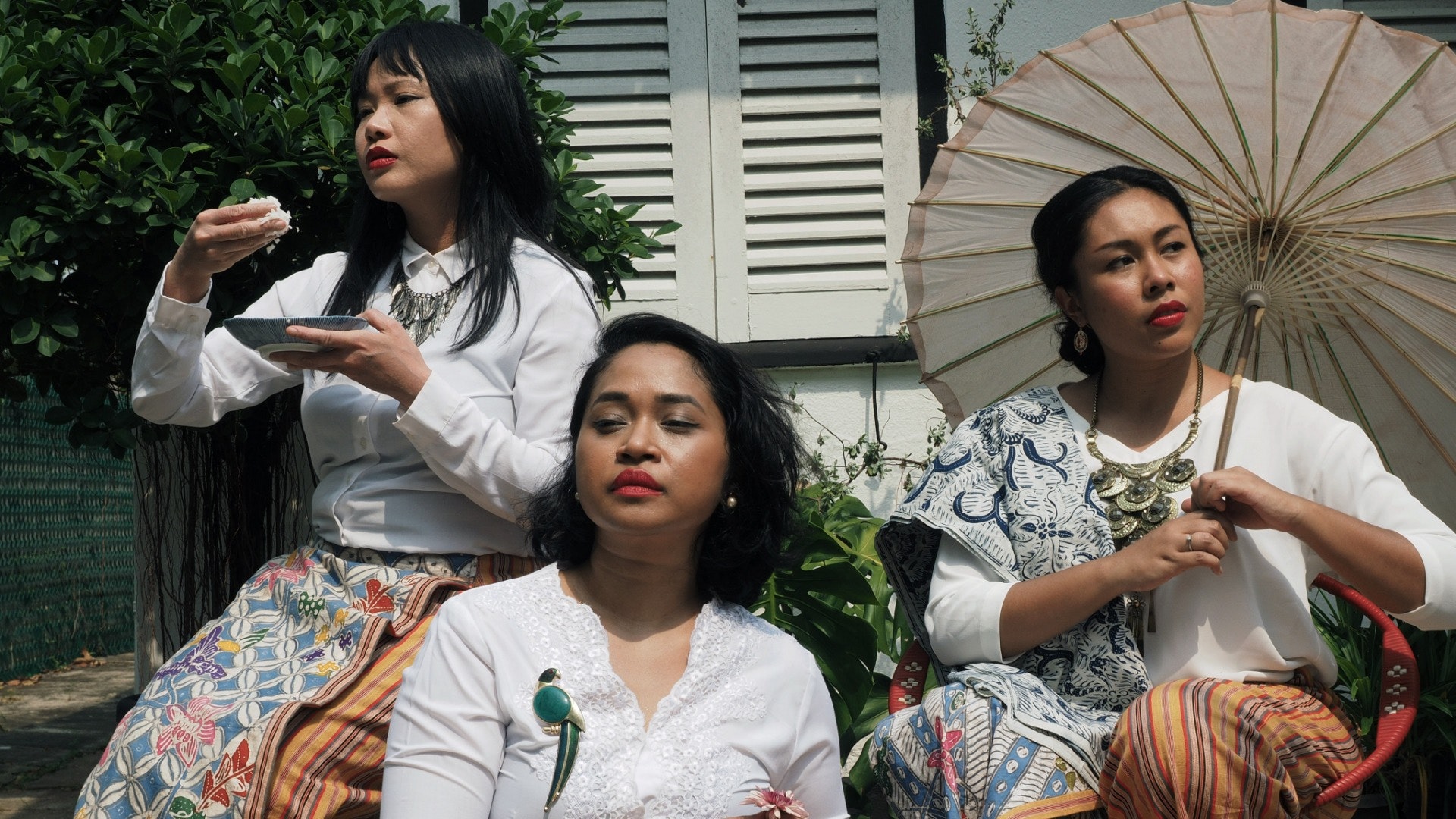 “Humans should fuck the men they want, move on, no hurt feelings.”

I recently went to a play written by a white man, with an entirely white, three quarters male cast and the audience was pretty reflective of that. Well, here’s a piece by a female South East Asian writer, starring three Asian women and the room looks like we’re actually sat in London.

Lily, Nisa and Fatimah have found a sanctuary for the ideas they’re not able to express in their every-day lives. There’s no real indication of where the space is, or how it exists but the women are very real and tangible and that’s what matters in Inside Voices.

Writer Nabilah Said weaves brilliant motifs throughout their realm of imagination. The omniscient and unseen babies that are living in the room upstairs are particularly effective, as they’re indicated only by an ethereal-esque lighting cue on the ceiling and making a noise that only the women can hear. The expectation to have children is literally hanging over Lily, Nisa and Fatimah’s heads, because even in 2019 that pressure still looms over them.

The only thing to pick at is that there’s quite a lot of set changes and repeating patterns of actions, which for a one-hour production stops being effective pretty quickly. It’s understandable that they’re trying to illustrate how time in the room is passing, and how many times the women return to the place, but Said’s writing is strong enough to do this without constantly moving boxes.

In the grand scheme of things, it’s a pretty small niggle because the core of this play – of female friendship, of freedom of faith, of behaving outside of oppressed social norms – is what theatre should be about.

So, it’s not rocket science, Theatres of London. If you want to encourage new people into your buildings and diversify your audiences, then give writers like Said and actors of colour the space to put their stories on stage. And definitely this one, because the women in it should be heard, and there’s a banging playlist.

Inside Voices runs until 27 January.