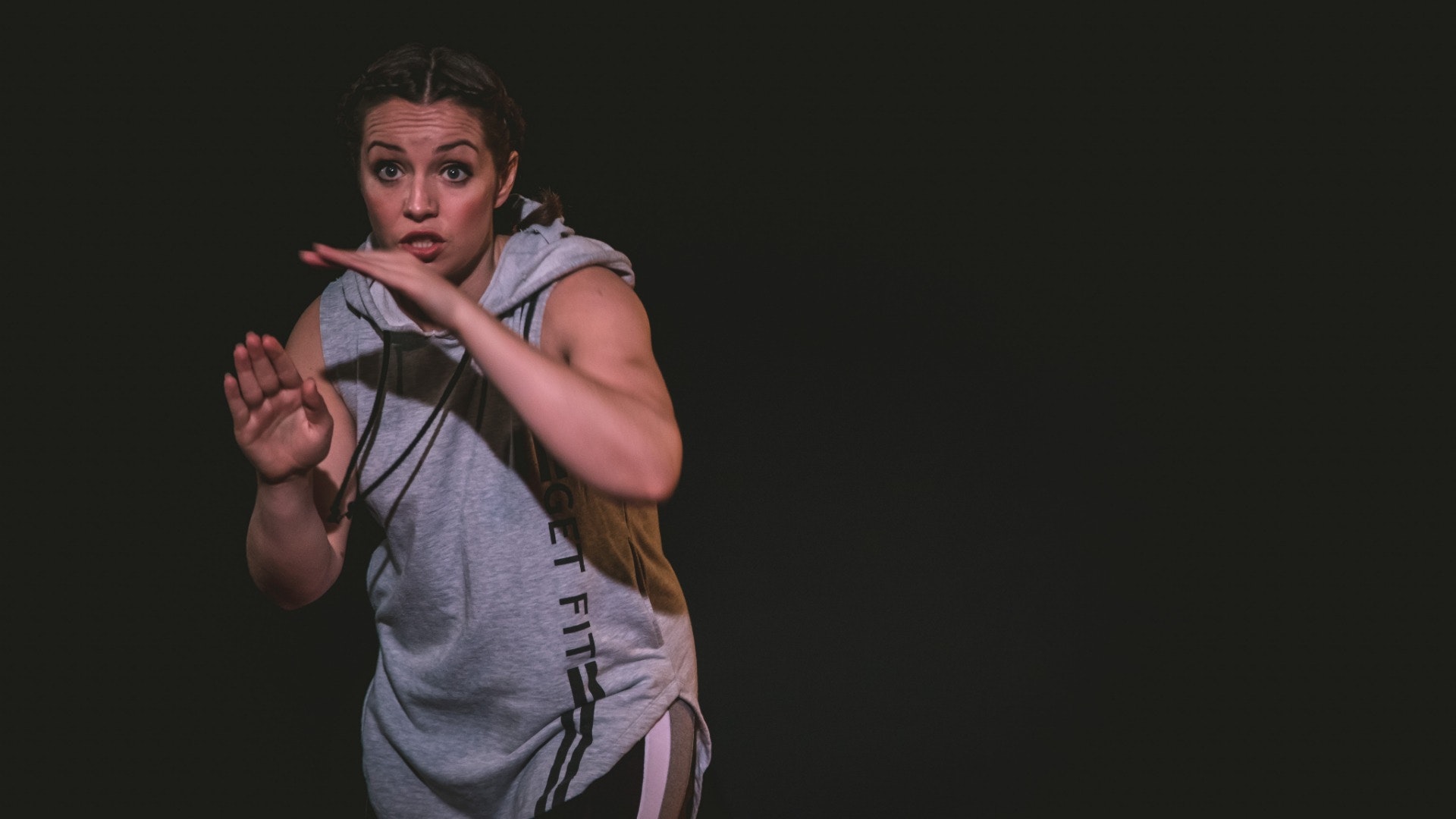 When it comes to boxes, would you rather be ticking them, or kicking them? What if when faced with your future, you kick it in the head?

In this punchy, episodic drama, Irish kickboxing junior-champ Naoise Murphy is faced with a Sliding Doors-esque choice when her beloved Nanny is hospitalised in a violent burglary. It is one that shatters her life into an infinite number of directions. Kicking all the Boxes takes a hard look at three of them in a series of short scenes punctuated by kicks, punches and Irish folk-punk (original music from the unique mind of Jinx Lennon). As well as examining anger issues, addiction and the challenges of forgiveness it takes a long, hard look at just what it means to grow up. When at 15 you’ve been crowned a winner for kicking, are you still kicking, or just ticking by at 30?

Naoise Murphy may be a fictional boxer, but actor-writer Liz FitzGibbon was a teenage European kickboxing champion in her own right. When she left school she left the ring and came to train as an actor in London, but the lived experience that flows through her writing is emotional, visceral and raw.

The sweat on her brow is real too, the energy she expends between scenes kicking roundhouses and jabbing the quivering air a counter-weight to the emotional weight of the material. It is still quite rare to see women in a sports context in popular culture, especially on the stage, and the exertion FitzGibbon puts in genuinely refreshing. She  gives it her all and it makes me want to punch the air – in a far less disciplined manner.

As the three possible lives play tantalisingly out, we get to know the nuances of adult Naoise quite well, but where is the kickboxing champion of youth? I would like to meet her, tough though that may be in a piece such as this that draws so closely on lived experience. I would like to understand in greater depth where these lost and found 30-year-olds grew from. Youth and age are intrinsically linked and I sense her there, in the kicks. Not giving up. Refusing to be beaten down.

Kicking All the Boxes runs through 3 February.

One thought on “Kicking All the Boxes, Vault Festival”