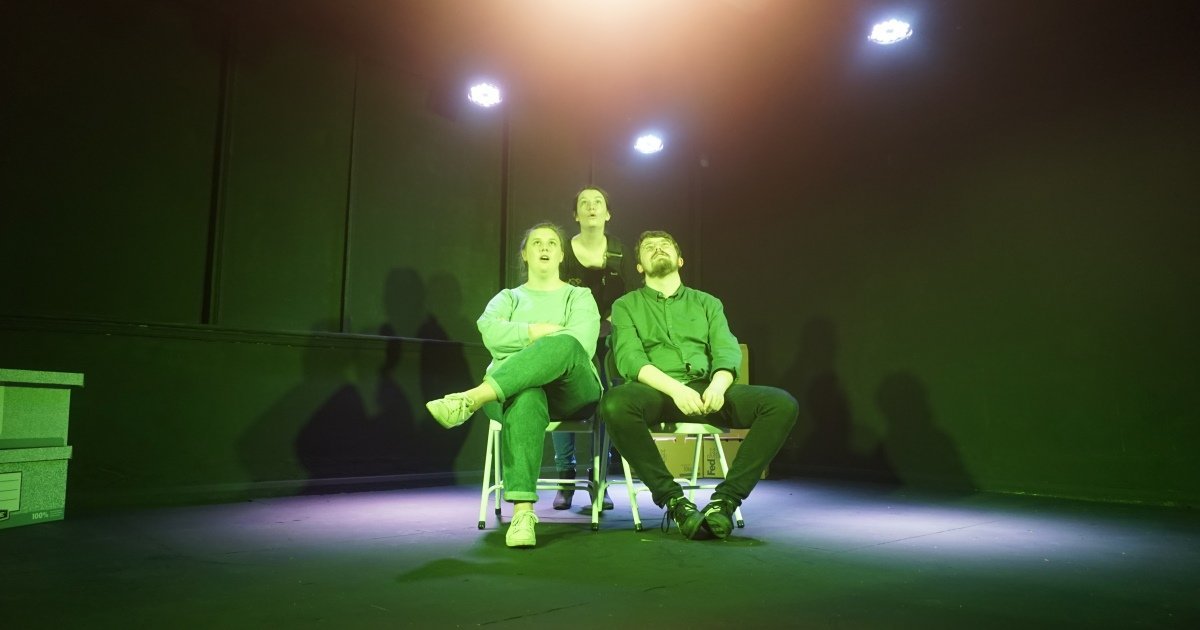 Nuclear war has broken out and most of North America has been destroyed. The bombs are getting closer to London, and there are fewer escape options now that the borders are closed. There’s a sex commune in Wales, or the opportunity to join an alien species on another planet seeking a cis het couple to perpetuate the human race. Liam and Tess have applied for the latter.

The problem is that Liam has a recent ex-boyfriend and Tess is asexual. The flatmates, who’ve lived together for three years, have to attend an interview and pass as a straight couple who are very much in love and on board with a life of relentless baby making. Whilst the premise implies and delivers plenty of comedic moments, the dystopian setting adds urgency and gravitas. The successful balance of this combination shows writer Bee Scott’s solid intuition for creating compelling drama, though the high stakes occasionally overshadow the characters. Whilst we have a good sense for Tess and Liam, interviewer Mary’s intentions change as quickly as the world’s political developments, indicated by alerts on their phones.

Emilia Stawicki and Charlie Maguire as Tess and Liam complement each other well. Stawicki’s American snark suits her disinterest in sex and romance. Maguire counters her with the frustrated and volatile emotions of a man going through a breakup – his ex has other ideas about how to survive the apocalypse – and teaching his bestie how to look like she’s part of a couple. The pair are also prone to instability what with the world falling apart around them and the constantly-shifting demands from the company representative they’re dealing with.

This a pacey, suspenseful production with a sound dramaturgical concept and strong performances. It also centres asexuality, which is rarely seen on stage – though Tess’s regular reminders of how her sexuality ‘works’ can tend towards didacticism. This is a minor quibble however, the rest of the show is excellent.

Mission Creep runs through 19 October at the White Bear in London.