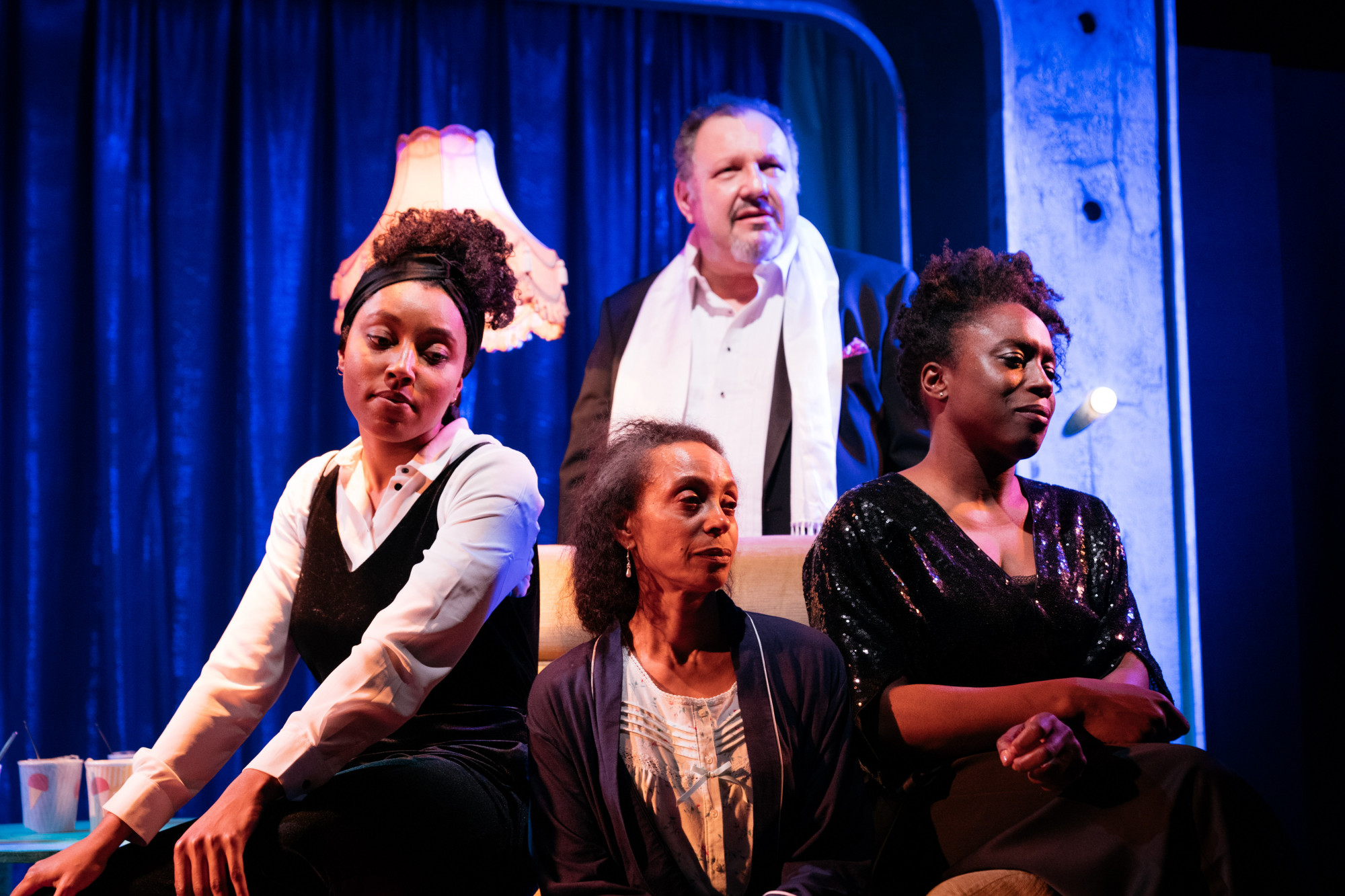 What does someone do when the person they have spent their entire life with disappears? When does the decline of a life begin? Is it with the first grey hairs, or when you first starting receiving your pension?

And what happens to those who are holding on but cannot fathom life without their partner in crime? What is the trick to surviving? This tender and often hard-hitting show by Eve Leigh combines many different theatre styles to draw attention to a corner of society that often gets left on the fringes and forgotten.

Mira (Lachele Carl) lost her husband Jonah (David Verrey) seven months and six days ago. Since then she has been coping with not having him around by, of course, seeing him everywhere she goes. As the piece creates clever vignettes of her experience of grief and loss, we start to comprehend the what Mira is dealing with. Playing the various other characters throughout, Ani Nelson and Sharlene Whyte depict those who try to trick Mira in her time of grief, from the builders who try to confuse her into paying double for the work that they have been doing, to the Medium who although eccentric, can see more than Mira expected.

Often funny and mostly sharp and spiked with sadness, The Trick infuses the performative magic of the stage with the tiny tricks needed to keep you alive. The closing moments of the show also shine a light on the selfishness of death, and the impersonal nature of dying and having those you leave behind make the grief they feel about them and them alone.

Lachele Carl is electric as the gentle yet jagged Mira, and her portrayal of a woman lost in a world without her husband is truthful and grounded. Opposite her, David Verrey is warm and tender, providing the harsh realities of Mira’s situation with a hand of kindness. Both Nelson and Whyte are the backbone that keep the show moving forward, and provide some of the most poignant moments for the commentary of the piece.

The Trick is another gem in the Bush’s long list of shows that represent parts of society that aren’t often explored, and brings sparkling joy as well as stark reality to this story of loss as well as gain.

The Trick runs through 23 March.