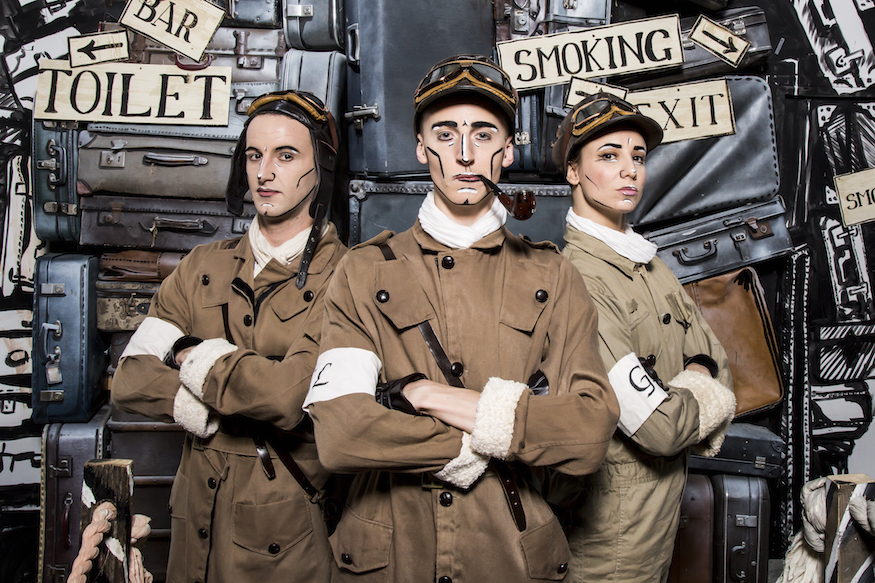 Gingerline have been making waves in the theatre-foodie experience crossover industry for a few years now. It starts off well: the set is incredible, the food interesting and absolutely delicious, the animation and use of projection astonishing, and the interactive nature of the experience is fun without being overly embarrassing for participants. The execution of this show succeeds brilliantly on so many levels.

However, the show – themed on a journey around the world – touches down in various different nations, aspiring to present the cuisine and the experience of being in that country. We start off in Britain, and a big show is made of mocking the British colonial stereotype. But once we venture into other countries the show doesn’t have such a sure footing.

Both the food and theatre industries have been talking a lot about cultural appropriation recently. The #yellowface scandal during a Howard Barker show at the Print Room in London was a widely championed cause in 2017, and there is a widening discussion on cultural appropriation in the food industry too, with backlashes against Bon Appetit magazine and Jamie Olvier’s ‘Jerk Rice’ hitting the headlines. So this show, with its un-nuanced portrait of other cultures and a mostly white cast, seems particularly clumsy and badly judged for 2019.

The Grand Expedition – the title alone calls to mind the colonial narratives of Dr Livingstone or Phileas Fogg, so it is perhaps no surprise that this show is more interested in presenting a stereotypical version of the countries we visit. This comes complete with ‘traditional’ dances and activities for the audience. The cast of eight commit fully to their roles and convince the audience to get up and participate, speaking loudly in gibberish regardless of which country we’re in. Everything is done with immense good humour, and the set pieces are often quite fun to watch. Even so, it is difficult to imagine people of colour having such a comfortable time.

This is an all-singing, all-dancing colonialist fantasy. Everyone I speak to afterwards saying they had a great time says more about the undoubtedly slick execution, than the troubling lack of consideration behind it.