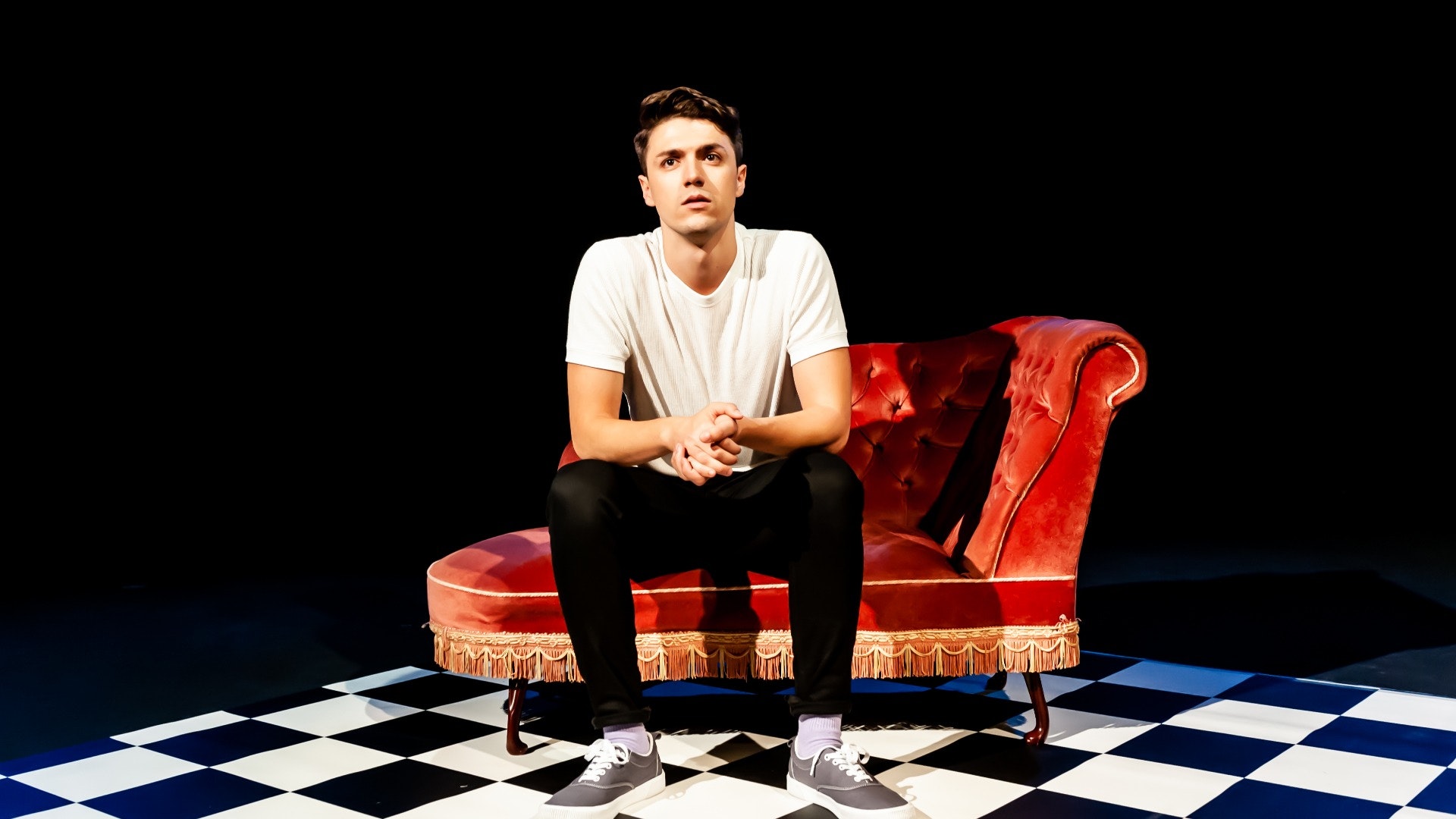 The exploration of a young, gay actor’s career aspirations might not sound like
groundbreaking material. Isn’t this every other fringe play? However Velvet’s ability to
intertwine one narrative – how far Tom may be willing to go to fulfill his dream – with another – the expression of his sexuality and ‘passive’ inclinations – is what truly sets it apart.

Ratcliffe shows off his range as an actor, combining quickfire comic timing with well-grounded emotional payoffs. His writing is witty, ironic, and never loses the audience’s focus. In particular, one speech from his mother stops the pulse of the room, while the casting refrain ‘I’m a superstar’ becomes unspeakably painful as the play progresses.

Director Andrew Twyman has infused the performance with incredibly clear ways of
storytelling, combining video footage of Grindr and Whatsapp conversations, neatly synced up audio tracks, and Ratcliffe’s own distinct changes in physicality. It elevates the piece from your standard one-person show into genuine theatre. Velvet thinks theatrically. Its writing, direction, and design all focus on bringing the story to life onstage. Particular praise is due to lighting designer Jack Weir, whose rig enables rapid and seamless shifts in space and tone. Fringe theatre rarely looks this good.

Velvet offers a valuable example of the multi-faceted nature of sexual abuse, and how gay men specifically battle with feelings of self worth and that ever-creeping desire to self destruct. Above all, it is a reminder that #MeToo is not simply a hashtag, but rather a space for words such as ‘abuse’, ‘survivor’, and ‘consent’ to be given their human context. This excellent play excels by celebrating the personal.