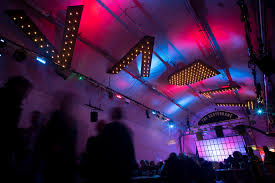 What’s a woman to do when she wants to have filthy, degrading sex that directly opposes her feminist principles?

Find the most degenerate, weasel of a man in the hopes that fucking him will purge her of deep-seated desires to be used, of course.

And that’s exactly what Jane does. After seducing ‘free spirit’ Dick at a party and moving him into her flat so she can be totally exploited by the porn-obsessed photographer who refuses to get a job, she longs for the day when she discovers she will be relieved of her rape fantasies.

This is a solid little play with some big ideas, but it often sticks too closely to a safe storyline. There are thematic parallels to Louise Orwin’s OH YES OH NO, but Orwin’s work is bolder and more structurally sophisticated. It’s thisclose to smashing through theatrical boundaries what with its dalliances into non-linear storytelling, but it could certainly go further.