A letter to Music Theatre Wales:

I’m Paulina Brahm; an Asian-American actress, singer, and voiceover artist. I trained in
voice and acting in New York City; acting under much-missed Broadway director Gene
Frankel and voice under leading spinto soprano Dolores Mari of the New York City Opera. I am a full lyric soprano with coloratura flexibility and I now live, work and sing in the UK.

END_OF_DOCUMENT_TOKEN_TO_BE_REPLACED 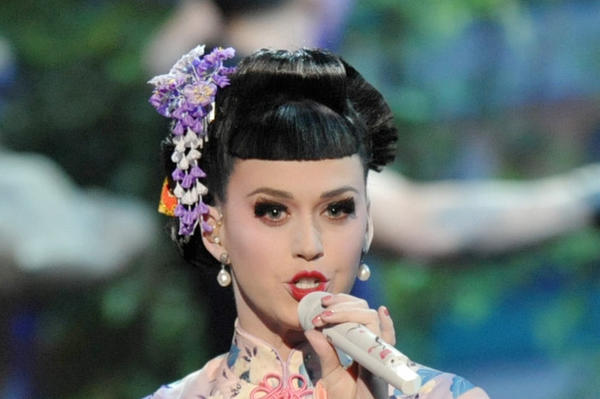 Before we go any further, let me lay a couple of things out there:

Howard Barker is a first-rate dramatist.

The Print Room in Notting Hill is a great small-scale theatre.

But they have epically and catastrophically screwed up their casting choices in Barker’s latest offering, In The Depths Of Dead Love. According to the theatre’s website, the play is set in “Ancient China”, concerns an “Emperor” and “Imperial Court” and features characters called “Chin” and “Mrs. Hu”, with an entirely white cast who (without wishing to sound too ironically stereotypical) one would normally expect to see on TV taking tea with Lady Mary Crawley in Downton Abbey.

Well, here’s the deal. We don’t actually have to be stupid to do stupid things and we’re all perfectly capable of perpetuating systemic racism without actually being consciously racist. Yes, it’s a subtle one, folks, and interestingly, I can honestly say, hand on heart, I have never once heard the immortal words “I don’t have a racist bone in my body” said by any person of colour. Not one. Because people of colour are ten times as aware of racism as white people. It’s just a fact.

Now, what that hotbed of London fringe theatre that is the Print Room have done, in a play by one of Britain’s most eminent playwrights, is perpetuate the practice of “yellowface,” i.e. when a person who is not of East Asian descent plays a character of East Asian descent. Yellowface, like blackface and brownface, is a remnant of a time when actors of colour were simply not allowed on our stages.

There’s often confusion about a couple of things here. People like to kid themselves that blackface only ever happened in some bygone Edwardian hinterland and only then because there were no black actors around to play Othello. However, this isn’t actually true. The last blacked up Moor of Venice on our stages was as recently as 1990. The practice was only ended by protest from black actors.

Yellowface has lingered on a lot longer, unfortunately. We did however think we’d finally laid the culturally appropriated beast to rest (on British stages at least) in 2012 when, after the Royal Shakespeare Company elected to cast only 3 (out of a cast of 17) East Asian actors in minor roles (including a dog and a maid) in the Chinese classic, The Orphan Of Zhao, a mass social media protest that went viral globally caused considerable embarrassment to both the RSC and the British theatre industry as a whole.

Since then we have seen a whole slew of productions in major theatres: Chimerica, #AiWeiWei, The World Of Extreme Happiness, Yellowface, You For Me For You, P’yongyang, Shangrila, The Sugar-Coated Bullets Of The Bourgeoisie-in major venues, achieving enormous success with casts of real-life East Asian actors, not Caucasians doing an “ethnic turn”. We will also shortly see Snow In Midsummer, at the RSC no less, and Chinglish at the Park Theatre. These are cast with actors who can actually trace their roots to Eastern Asia.

The other confusion that lingers about yellow (and black and brown) face is that if you don’t have the make-up on, the taped eyelids and the dodgy Mickey Rooney in Breakfast At Tiffany’s accent, this somehow ceases to be dodgy theatre practice and magically becomes instead a perfectly valid form of “colour-blind casting”.

But this is the deal. If you take an East Asian character and cast it with a white actor, you’re effectively saying there is no East Asian actor who was good enough/clever enough/talented enough/capable enough to play it.

Or they simply did not exist.

In other words: erasure.

Daniel York (sometimes known as Daniel York Loh) is a mixed-race British East Asian actor, writer, filmmaker and musician. As an actor he has appeared at the RSC, National Theatre and Royal Court, as well as in the feature films The Beach and Rogue Trader. His short films have been seen in major film festivals where they have been nominated for awards. His first full-length play, The Fu Manchu Complex, ran at Ovalhouse in 2013. Along with composer Craig Adams, he won the 2016 Perfect Pitch award to create an original stage musical, Sinking Water, based on events around the 2004 Morecambe Bay Chinese cockle-picker tragedy, which is currently being developed under commission by Theatre Royal Stratford East. He is one of 21 writers of colour featured in the collection of essays, The Good Immigrant, which won the 2016 Books Are My Bag Reader’s Choice award. He is one-third of the alt-folk trio Wondermare whose self-titled debut album is available to buy on itunes. He has served on the Equity Minority Ethnic Members Committee, is a founder member of British East Asian Artists and has worked with Act For Change to promote diversity in UK media.