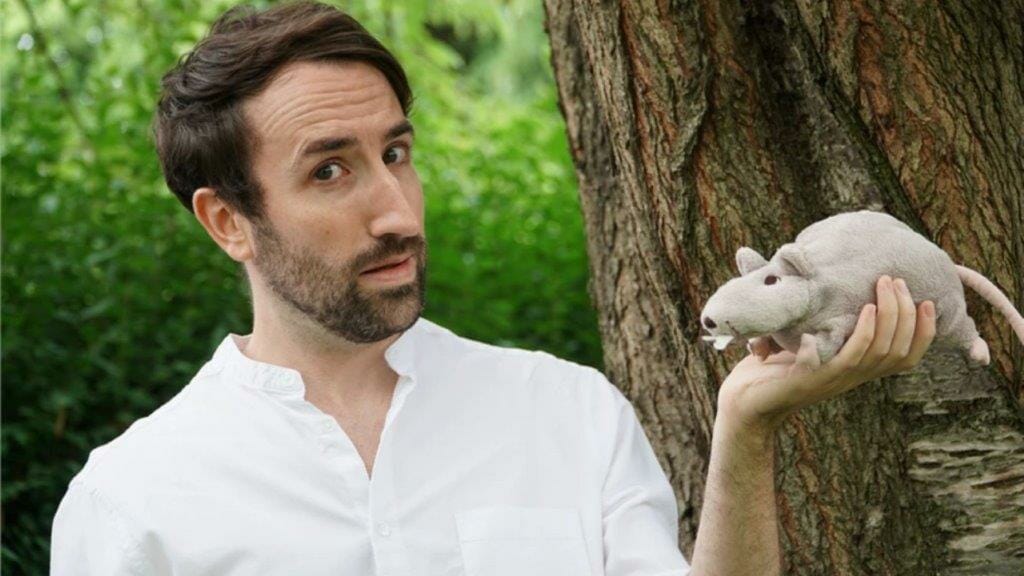 About four and a half months since seeing last seeing live, in-person performance, I’m in a park 20 minutes away from my flat, about to watch a one-person, outdoor show. It feels slightly surreal given the times we live in, but Bard in the Yard embraces that, and truly lifts a mirror up to pandemic life today.

Like most playwrights and actors now, playwright and actor William Shakespeare is stuck at home during the 1605 plague. He’s trying to write his next masterpiece, but writer’s block has set in. He seeks inspiration from his earlier works and his audience’s taste, and he’s got a few ideas, but little else beyond a title for something about a king and his three daughters. He’s thinking it’ll be another comedy.

Written by Victoria Baumgartner and produced by the Shakespeare-inspired, multinational theatre company Will & Co, the solo show’s plot is based on the broader consequences of plague such as theatre closures and quarantine, but incorporates plenty of current lockdown references – baking bread, worries about using our time productively, and missing the theatre all receive mentions. Short monologues from some of Shakespeare’s plays – including Henry V, Richard II, and A Midsummer Night’s Dream – are lovely interludes that drive Will’s reflections on love, life and storytelling.

My local Bard in the Yard actor who was deployed to perform for only another critic and myself, Miztli Rose, is excellent. She navigates the transitions between Shakespeare’s verse and the more contemporary sections of the script with ease; there are no jarring transitions between the two styles. She is engaging and funny, and totally convincing as the displaced Warwickshire poet stuck in London who misses his wife, tries to usefully pass the time. She effectively brings to life the light, funny fare suitable for entertaining the family at a garden barbecue, though definitely more enjoyable by those who will get the Shakespeare references and theatrical in-jokes.

There’s a rub, though. The show is only bookable for private performances and due to a lack of funding and a need to cover costs, it isn’t cheap. It’s certainly not affordable for the majority of those working in – or at the moment not working in – theatre. If the company can tap into the market of wealthy, cultured households who are unable to go to their second homes abroad for the summer, it’s a great model to generate work for their team of actors and production managers. But this funding model highlights systemic problems within arts funding in the UK, and I only hope this doesn’t foretell theatre’s future ticket costs.

That said, if you can afford your own private performance, this is a wonderful, gentle re-introduction to live theatre and a reminder of why we love it so much.

Bard in the Yard is available for private bookings from 10 July.