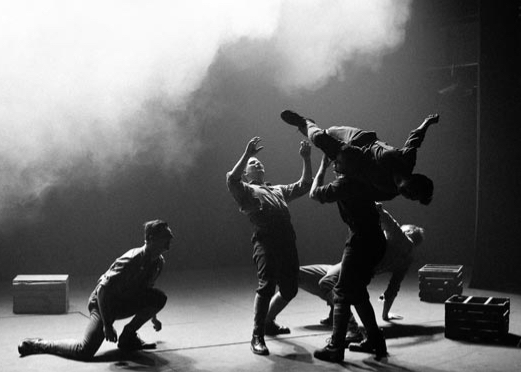 The performances are uniformly excellent, with a variety of different characters being evocatively portrayed throughout. The dialogue is both witty and moving when needing to be, and the script excellently depicts the horrors and tribulations of war. This covers horrific amputations following wounds, the intense nature of hand-to-hand combat, and the difficulties of going back to your hometown whilst on leave. It’s a physical performance as well, with constant movement from all actors. There is a little incongruity what with English accents used in the portrayal of German soldiers, but the quality of the show overrides this.

Overall, the show is a triumph. Having just come from an international tour, I’m sure that this is a show which won’t be long from a stage. It deserves the highest recommendation to watch it when it does come back to London.

All Quiet On the Western Front runs through 8 March.