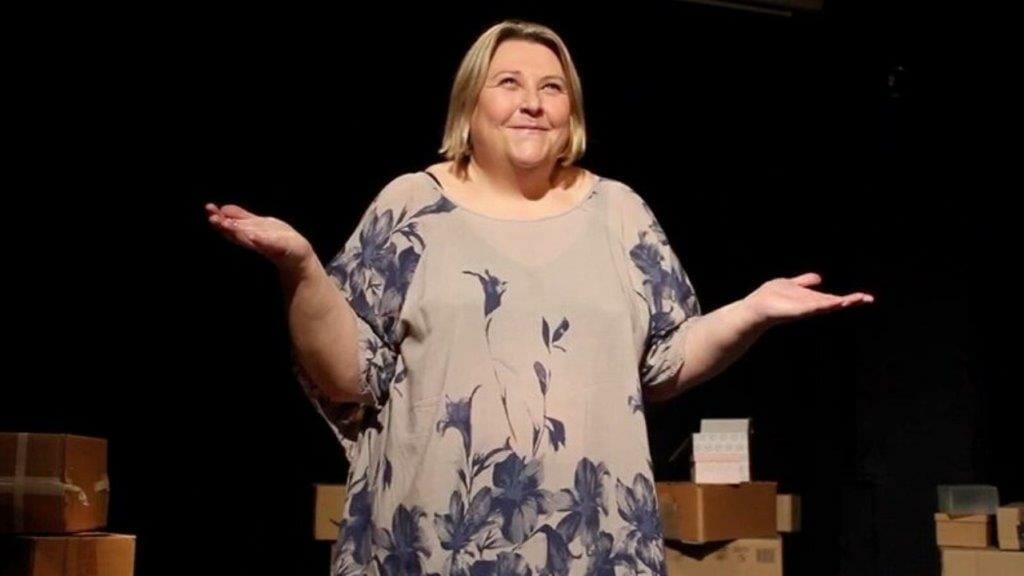 This is a joyful delve into one woman’s life, celebrating the successes, the heartbreak, and everything in between. The audience feel part of a warm conversation that leaves them contented, and like they’ve just shared a cup of tea with an old friend.

Joann Condon is hilarious, and she revels in this. The whirlwind narrative through Condon’s life has the audience giggling throughout, recognising themselves in both her shoes and – more painfully – in descriptions of people she has encountered. Her ability to keep the audience on side, even when painting them as the infuriating secondary characters in her life, is masterfully achieved. Condon is at total ease on the stage, and this allows the audience to relax into her story and lose themselves.

Condon demands to be seen, and the audience watch her gladly. Her direct engagement  hooks them early on, and she plays with this connection throughout the piece, almost challenging us to answer back. I feel such a strong connection to her during some of the most tender moments, that I have to catch myself before saying something. It is a very personal experience, and one that Condon had managed to create with her whole audience. This is one of the benefits of performing in such an intimate venue, and the audience is grateful for it.

The physical boxes on stage, and using them to move the narrative along, feels somewhat clunky at times, slowing the otherwise-natural flow of the piece. It would be great to see this piece delivered without some of these distractions, with Condon exhibiting the confidence to stand alone on stage. There are, however, moments of beautiful imagery that were created using the boxes, so there is room for debate on this creative choice.

The core message is Condon’s struggle between Mother and Other, and the necessity for both of these roles to be well-rounded in order to achieve a sense of well-being and a hopeful future for her children. This need for duality feels urgent, and demands that the audience reflect on their own compartmentalisation of life and work in order to take control of their own narrative. But if you are in need of a feel-good show and a laugh, and a push towards exploring a more whole version of yourself, Little Boxes is the show to see.