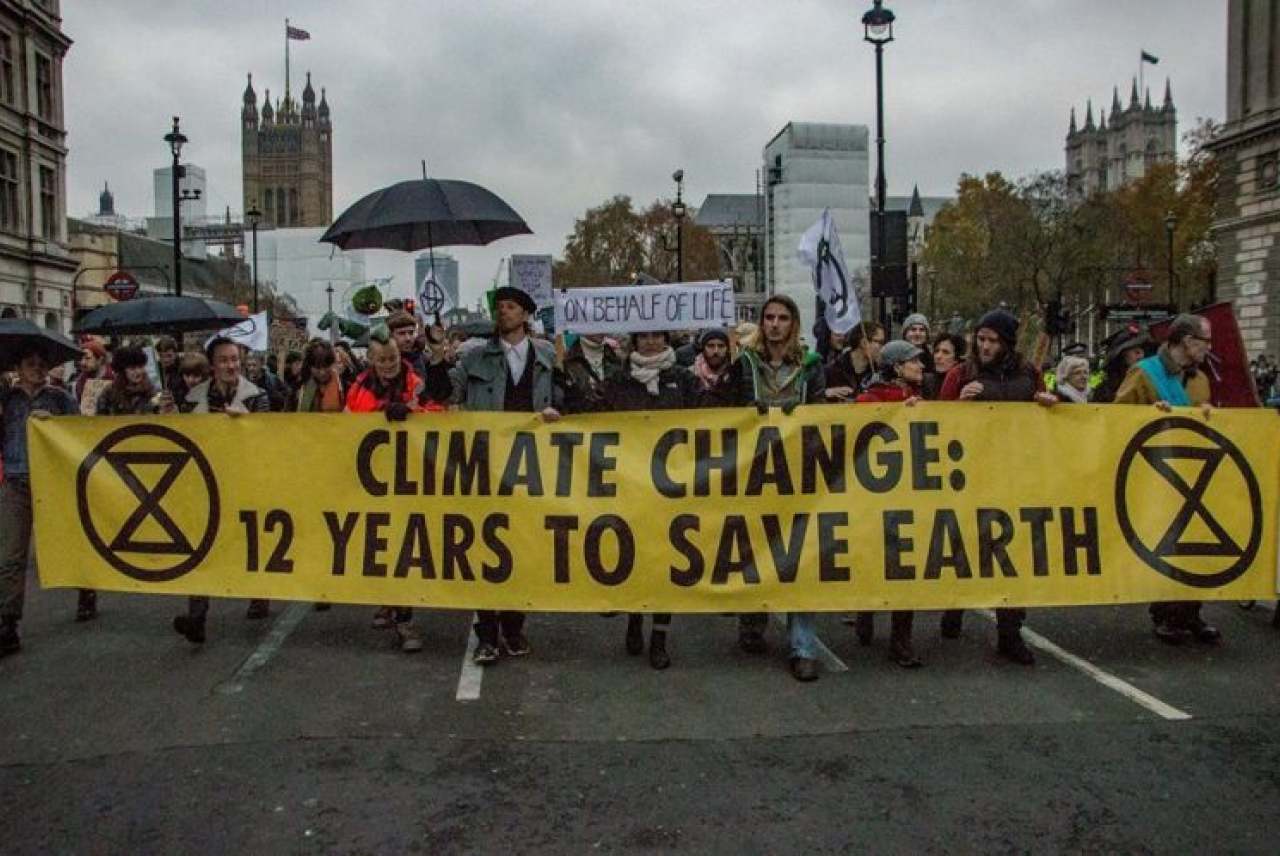 An M&S-shopping grandmother. A year seven girl. A young, gay black man. An armed services vet. These are some of the Extinction Rebellion activists that playwright Stephanie Martin celebrates through this articulate and impassioned collection of monologues that advocate for people to commit to any level of action against climate change. However, the problematic aspects of the movement are largely glossed over in order to frame its collective impact as wholly positive.

The script effectively showcases the age range of those taking part in the bigger XR protests and smaller actions, and how clued up they are on the impacts of climate change. Each has their own reasons, informed by personal circumstance: their grandchildren, historical protests, systemic oppression, and parental influence are some examples. These are all compellingly conveyed by the ensemble cast. They also show that climate change will impact all of us, and that the privilege of education, social class and race stubbornly pervade the movement. Martin acknowledges the latter directly, along with other troubling aspects of XR’s actions – like its cosy relationship with police, disregard for the force’s racism, and disrupting public transport in working class areas – but these could do with more unpicking. Considering that these issues and their subsequent poor handling are inseparable from the movement’s lack of central leadership, there is scope to dig into the thorniness of the movement’s neoliberal politics and privilege, and criticise them alongside its demands for a better world.

The minimalist staging gives the words even more power, with the lighting and sound effectively indicating transitions between characters. Martin cleverly disrupts the form part way through, so this isn’t just a series of monologues adhering to identical structures. The effect is immensely destabilising and engaging, as a piece of charged, political theatre like this should be. But this second outing of the play, after a one-off performance in Edinburgh, shows it’s still exploring the tension between the movement’s commendable views and critiquing the racist, classist and ableist methods used to express them.

Rage But Hope runs through 1 November.