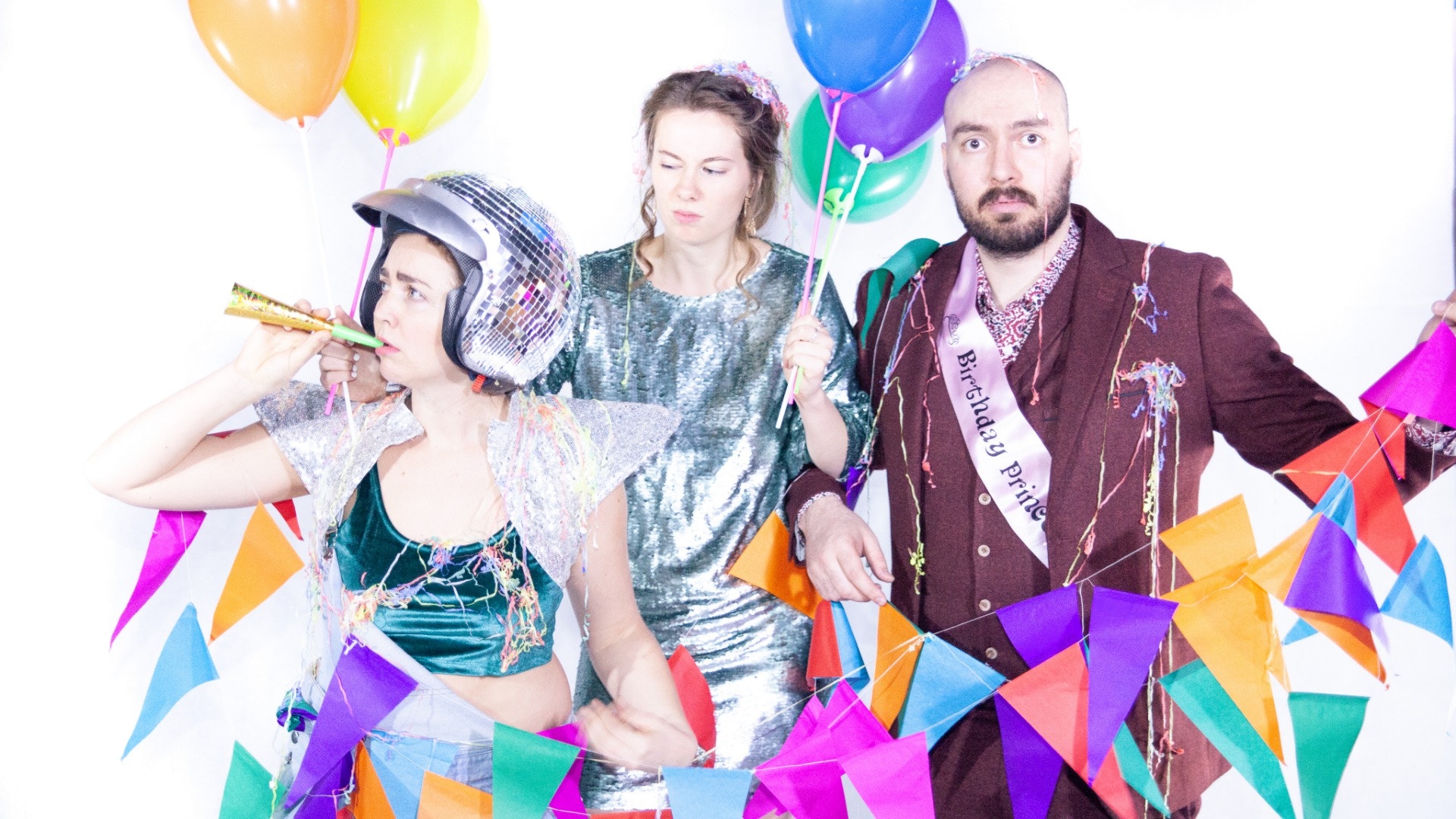 ‘Tacenda’ is an archaic term meaning ‘the opposite of agenda’. Red Belly Black return to the Vaults with their third production, but a less clear idea of where they are going.

Joy and her friend Elizabeth get up on a Friday morning from the bed they (temporarily) share and go to work, but how their day pans out and their friend’s party that follows is up to them and the small – but significant – actions they choose to take.

Through the four scenarios that play out back-to-back Groundhog Day style, we can see the difference a smile or a kind word can make to a day. Whether that’s winning a pitch, or the respect of a colleague, or a smile from a taxi driver. But as these two 20-somethings foray into a familiar Friday, do they really know where they are going? Small changes can make or break their day, but a hum of existential dread murmurs just beneath the surface.

Last year’s Ok, Bye and their 2017 production A Year from Now, establishes the style they have developed as an anarchic blend of physical theatre and verbatim. Their skilful abstract movement, pairs with the more concrete, documentary-theatre style, reported speech.

Tacenda is the company’s first voyage into purely devised writing, helmed by writer Vicki Baron and with Kate Goodfellow’s movement direction. The party the three characters meet at, four times over, is based on lived experience (who hasn’t been to a party with a suspect smell of vomit, sex in the host’s bed and a drunken ‘Macarena’) but is a distinct departure from verbatim. Much like their characters Joy and Elizabeth, it feels like a conscious decision to take a departure from the familiar but rather than forge new territory, it feels a bit pedestrian.

With the structure continually looping back on itself, the party never really has a chance to get going.  Joel Gatehouse makes a sweet and personable host, but it’s like the main event never comes and we’re trapped in party-limbo. If only in real life, the resulting hangover from the night’s events could hang perpetually out of reach.

Nevertheless, there is potential here to see this party go off with a bang, and I look forward to seeing what turn this young company take next.