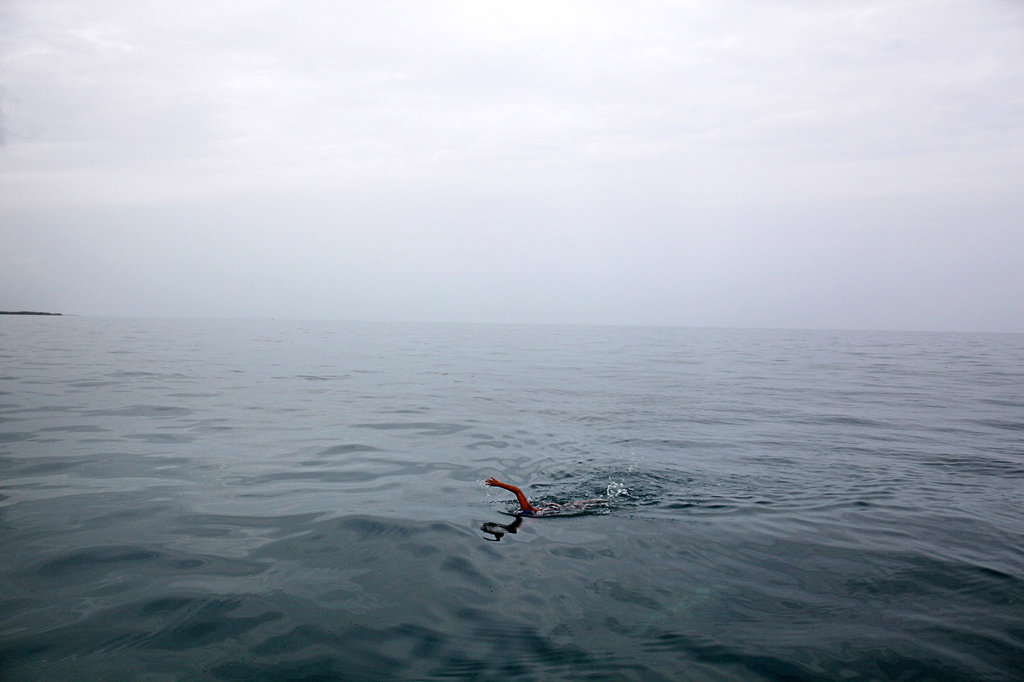 Carol and Sue are lifeguards sat out on an appropriately chilly-looking British beach. They make conversation, eat biscuits, and wait for something, anything, to happen. Meanwhile a dog walker scans the sand with his metal detector, pausing occasionally to ponder such issues as the nature of buried things, or which sea creature would have the nicest garden (spoiler alert: Ringo Starr-like, he reckons it’s the octopus). Will these three come together, and how? And what, if any, will the consequences be?

Kathryn Gardner’s script is beautifully paced and observed, drawing nice humour as well as poignancy from these three characters, each of whom variously find companionship in the other, in spite or perhaps because of being isolated in different ways. The writing is taut, and the story is sweet and enjoyable.

A particularly hilarious moment comes as Sue thinks, or perhaps hopes, she spots a swimmer in distress and rushes to help. The banter between Carol and Sue is very funny and the double entendres littered throughout the dialogue fit appropriately into the seaside setting, without verging into ‘Carry On’ territory by being lingered on for more than a second.

There are some odd moments. The harshness of Carol’s character and some of her outbursts can jar against the extreme childishness and comedy of the other two characters. References to the difficulties of being female are under-explored and feel almost as if they have been shoehorned in from another play. But each performance is fondly and comically observed. In fact, the cast corpse so often they seemed to be having as much fun as the audience.

It’s a lovely play, the cast are having a lovely time, and you probably will too.