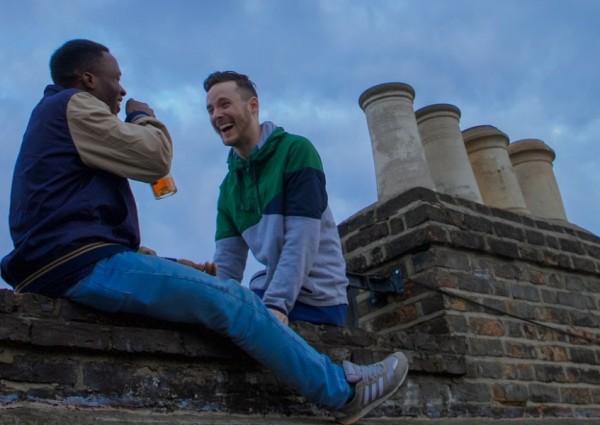 Unfortunately, Stud‘s interrogation of gender roles never really takes grip. Straight men are supposedly masculine wolves and gay men are weak lambs, yet in staging this dichotomy Stud does little to disentangle it. Toxic masculinity bubbles to the surface in the guise of overwritten sexual puns; rarely is it believably rooted in character. The smaller roles in general struggle to move beyond caricature – spanning a closeted footballer, jealous coach, and homophobic father – although there are warm theatrical nods to this in Liam Bergin’s physicality and a funny cushion-up-your-top belly.
Natasha Wort’s movement direction is quietly touching at points, and a brief porn-scenario is presented with a playful sense of comedy. Such interludes really help the overall pacing of Stud and energise its enquiries, yet too often its plotting becomes predictable. This is a worthy topic, but a familiar play.

If We Got Some More Cocaine I Could Show You How I Love You, on the other hand, is an
excellent example of theatre which explores gay love and queer identity from an unfamiliar and powerful perspective.

Trapped on a roof, lovers Mikey and Casey are also discovering new ways of looking at the world, watching a town they know intimately from a new angle: twenty feet up. Beautiful and simple, If We Got Some More Cocaine is a play about home, family, and love. It is also about two blokes chatting. John O’Donovan’s dialogue explodes on impact. It is a slow-burning text which is full of wit and reaches one of the most touching climaxes I have experienced in theatre. Amplifying this excellent script, Georgia de Grey’s set conjures a lonely skyline, and excellent performances from Alan Mahon and Josh Williams truly elevate the evening.

It should win prizes for its title alone. This award-winning play has been around for a couple of years now, and retains its political bite through subtle explorations of Irish identity and gay marriage. Compared to Stud, it a masterclass of cementing political themes in complex and believable characters. It educates and entertains, and I sincerely hope it is around for many more years to come.