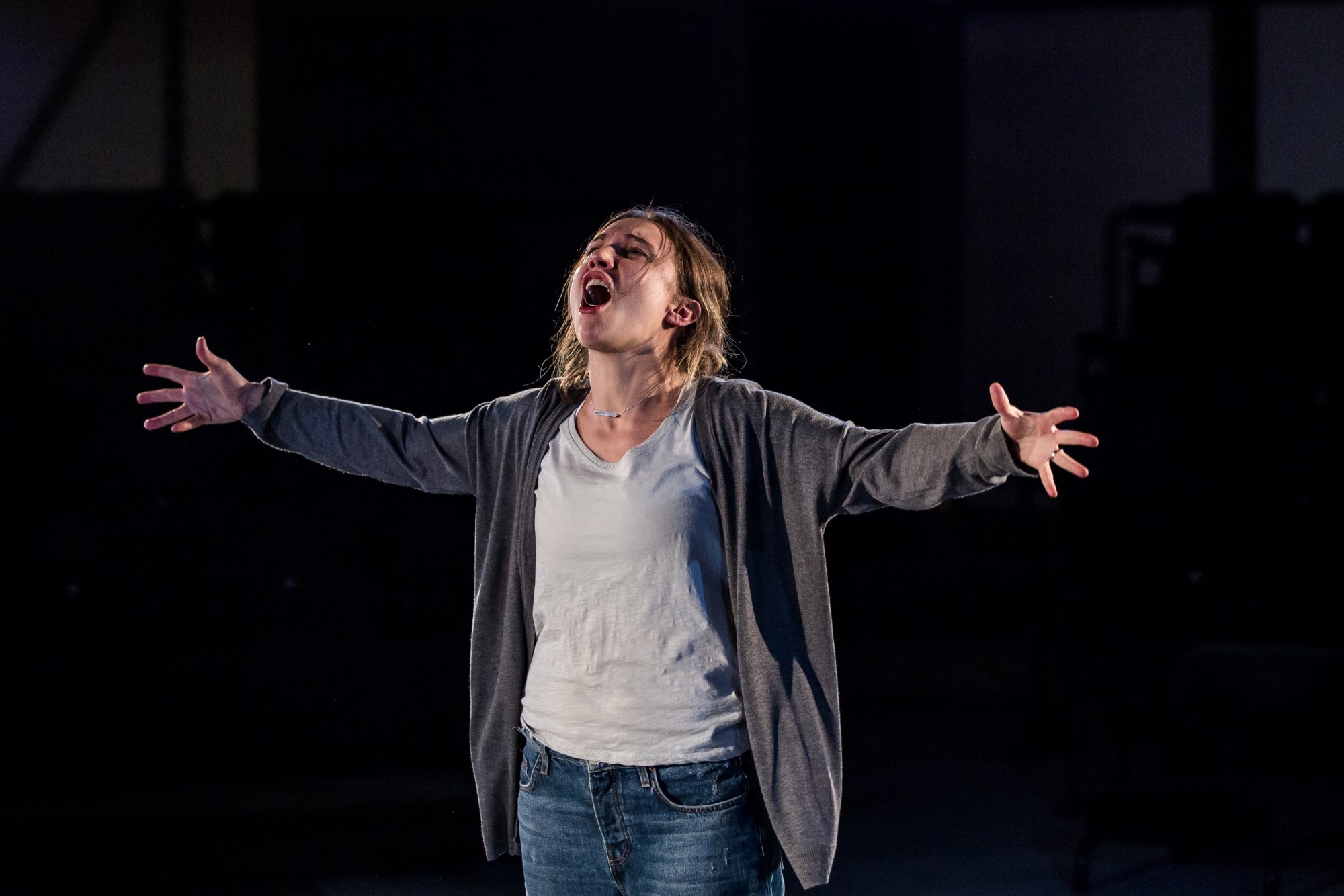 James Fritz’s Parliament Square, the winner of 2015 Bruntwood Prize Judges Award, is an
ambitious piece. It explores the human desire for change whilst posing important questions about the significance of protests and martyrdom. Dramaturgically, Fritz’s proves himself to be a vital voice yet this production does not hit its full potential.

Kat (Esther Smith) is leaving her bed/house/town in order to get to London where she plans on
setting herself on fire in the middle of Parliament Square. During these powerful moments, she is having a conversation with her internal voice played by Lois Chimimba. Kat battles second thoughts and many doubts. She thinks about her husband and her child. Her mother’s barbecue that she is supposed to attend in a couple of days. There are so many reasons why she shouldn’t go ahead with her plan. In the end she does, however things do not go accordingly.

The play consists of a series of short scenes, directed with stylisation by Jude Christian, who seems at ease with minimalism and often concentrates on the importance of style. Yet this is problematic, as the cast of seven don’t match each other in terms of their energies and acting styles. At times this seems like an abstract piece, when five minutes later it becomes a naturalistic production. This inconsistent execution is quite jarring and takes a lot of the weight out of the context of the play.

Perhaps one of the biggest strengths of Fritz’s writing is his ambiguity and the fact that Parliament Square poses more questions than it answers. The stakes are high. The information we are given is minimal. And no matter how we try we can’t help but wonder if what we contribute to this society can ever be enough.