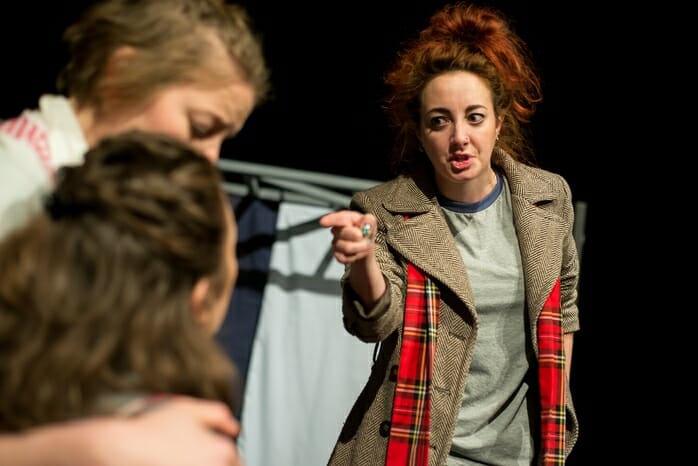 A self-described modern rep company, Merely Theatre is addressing Shakespeare’s  gender problem with 50/50 casting. Five male/female pairs each learn a set of characters in two plays, then on the night it’s decided who will perform. The result is a focus on clear storytelling rather than unimportant details such as the appearance or gender if individual characters. It’s a great device, and partnered with simple staging and a pace that doesn’t hang about, artistic director Scott Ellis has created a distinctive style of performance honouring the historical aesthetics of travelling players, though there’s a lack of nuance dissatisfying to modern audiences.