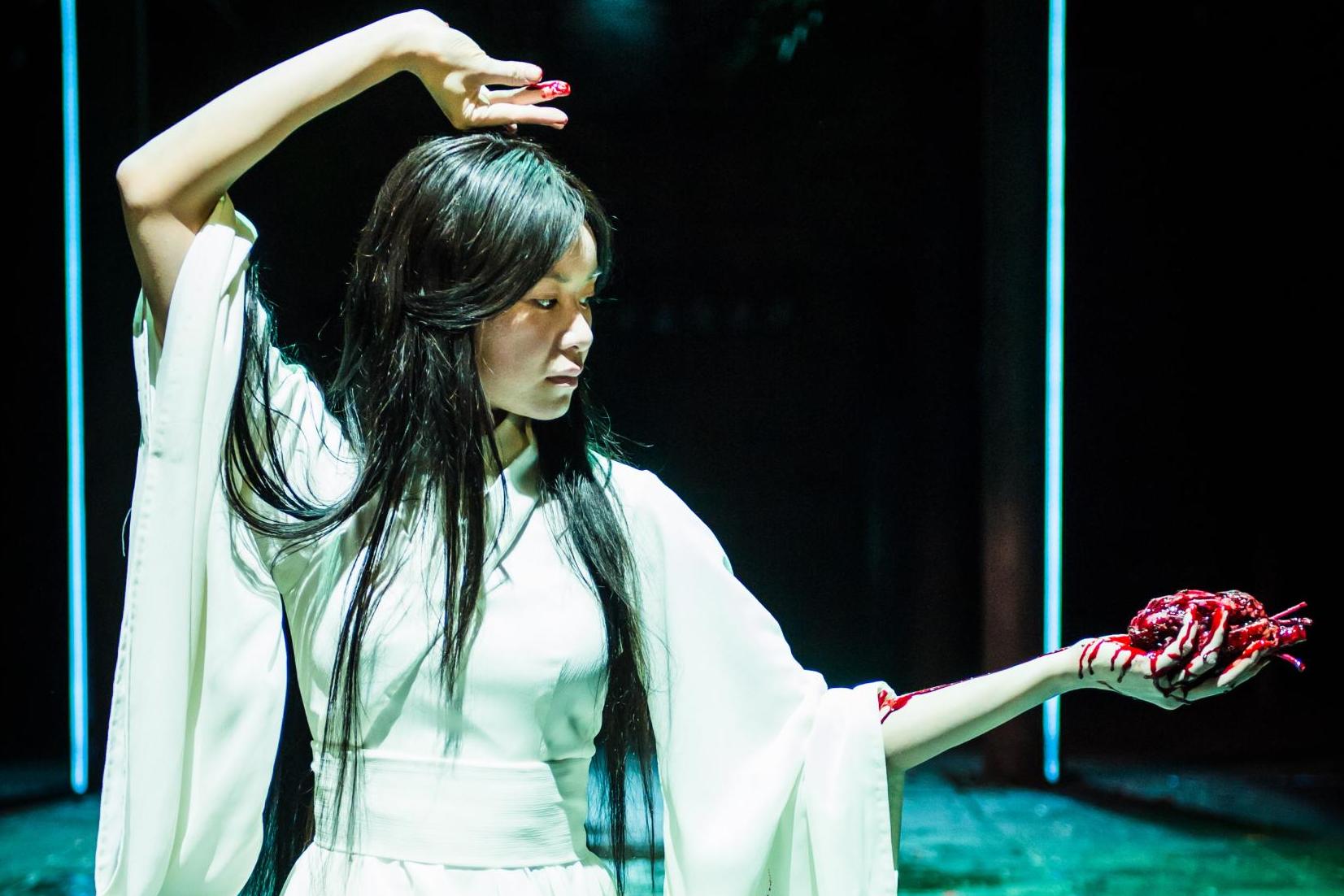 The industry’s track record on diversity is terrible, but there is active progress towards change and increasing acknowledgement of the problem. On the other side, some of the old guard simply will not see that white, middle class males still dominate. This is evident in the Print Room’s recent whitewashing of a play set in ancient China and their refusal to acknowledge this as racist and wilful erasure of East Asian culture. Snow in Midsummer is all the more important in validating BAME talent to people who continue to marginalise non-white actors.

As well as combating the lack of diversity in UK theatre, it’s quite a good play. Updated to a contemporary factory town in China, a three-year-long drought has devastated the quality of life for local residents. When successful businesswoman Tianyun arrives to take over the ownership of the town’s struggling factories, her daughter Fei-Fei begins to have visions of a young woman floundering in the snow. As Tianyun investigates, she discovers the dark secrets of a woman executed for murder nearly three years ago. Though she confessed under threat and torture, she maintained she did not kill Master Zhang, the previous owner of the factories. Her dying curses supposedly brought on the drought – or is it all just silly superstition?

The story takes too much time to come together what with its several subplots, only really falling into place shortly before the interval. Until then, the characters bide their time in the drought and Tianyun investigations yield little. The second half has much more momentum; once she has a breakthrough, the revelations keep coming. The relentlessness is akin to a Greek of Shakespearean tragedy dictated by an otherworldly force – Hamlet and Oedipus spring to mind immediately. Cynical, western sensibilities could easily rule out the premise as impossible, but the imbedded superstition is wholly believable – certainly no more or less so than a modernised production of a classical/historical play – and the tale is a compelling one.

Wendy Kweh is excellent as the corporate Tianyun who is too busy to find a husband and have a family, so she adopted a daughter. She balances love and impatience for the local stories with skill, and has a great character journey. Katie Leung is the tortured soul of Dou Yi, the woman whose curses brought on the draught. The character becomes stronger as she nears the anniversary of her death, prowling the stage, searching for her remains. The two women are supported by a versatile cast who are some of the top East Asian actors in the UK.

There’s the occasional moment where the dialogue is a bit clumsy and dated, but these are few and don’t detract from overall effect of the production. There are a few gratuitous movement transitions that don’t add anything to the story and are too infrequent to influence tone, though the use of the dragon during rain dances is a great touch.

Director Justin Audibert uses design to place the story fully in the present, a great juxtaposition to the ancient story. Lily Arnold and Anna Watson use rope lights, neon signs, and urban grit to update the setting, though there isn’t much to suggest the drought outside of the text. It’s visually fun and playful, adding another of atmosphere and tone.

Snow in Midsummer is refreshingly different, skilfully executed and despite a few faults, of great cultural importance to theatre’s landscape. The Stratford run is short so with hope it will transfer to London so a wider audience can see the diverse talent in UK theatre that must be given more opportunity to showcase their culture and talent.

Snow in Midsummer runs though 25 March.