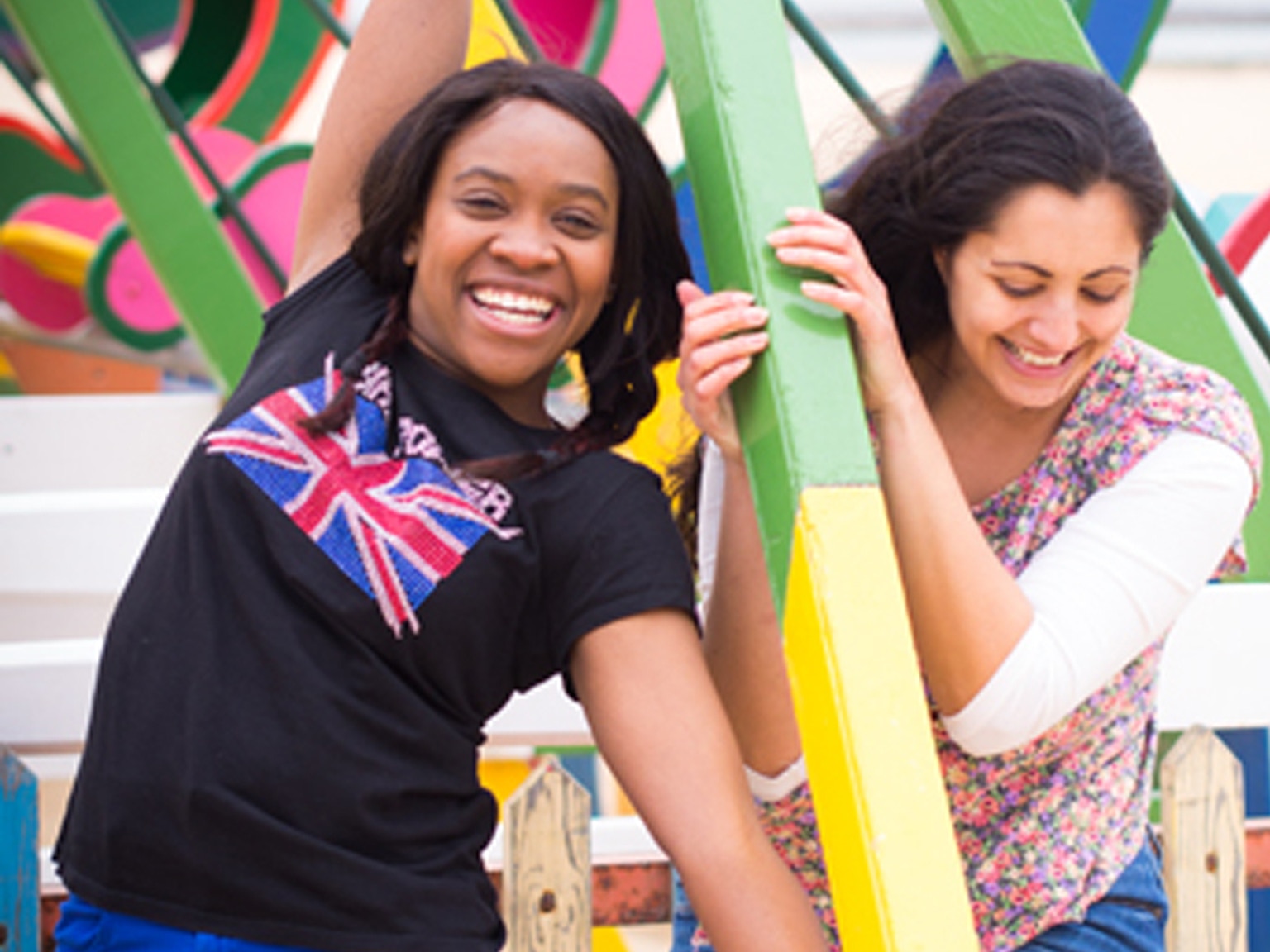 CultureClash’s debut production, Hannah and Hanna by John Retellack, is a perfect fit for company co-founders and actors Cassandra Hercules and Serin Ibrahim. It’s as if Retellack wrote it for them. Written and set in 2001, Hannah and Hanna takes place in Margate as the British government temporarily re-homes thousands of Kosovan refugees in down-at-heel seaside towns, causing predictable social backlash. Hannah is black British, Hanna is from Kosovo. Both are 16, love pop music and navigating life as teenagers. This production is ably directed by Greenwich Theatre artistic director James Haddrell, and well performed, but the sentimental script with a predictable story arc lets down the talent in the production.

The play is definitely still relevant to current immigration debate and highlights the absurd anti-immigration mindset through Hannah’s Afro-Caribbean heritage. She and her boyfriend Bull verbally and physically abuse Kosovan teenagers, after which Hannah returns home to her thick-accented Nan. The irony is blatant, but funny. Of course, constant violence is unsustainable in a two-hander about teenaged girls, so after a huge English v Kosovan fight, understanding is reached and friendship develops. It’s sweet. Not saccharine, there are still lovely ups and disturbing downs. Hannah goes through a radical transformation very quickly that her social circle struggles to cope with. Hanna has already encountered the horror of war before the play begins, so is the more mature one of the pair, but this is still a coming of age story for both girls.

Hercules and Ibrahim are wonderfully believable as 16-year-olds, and they endow their roles with commitment and energy. The script restricts them by being heavy with narration; the scenes between them are the best moments. They skillfully take on other characters using clear physical and vocal differences and have a lovely, watchable chemistry. Haddrell’s stylized fight choreography serves the narration and pop music theme, but they play’s message may have come across more consistently if the fighting would have looked realistic.

It’s a sensitively chosen showcase for the new company founders, but the script’s references are dated and the ending is revealed in the beginning. Smaller details are surprises, but it’s otherwise easy to see where the story will head. It still packs a potent message and is certainly worth seeing, and this is a company worth watching.