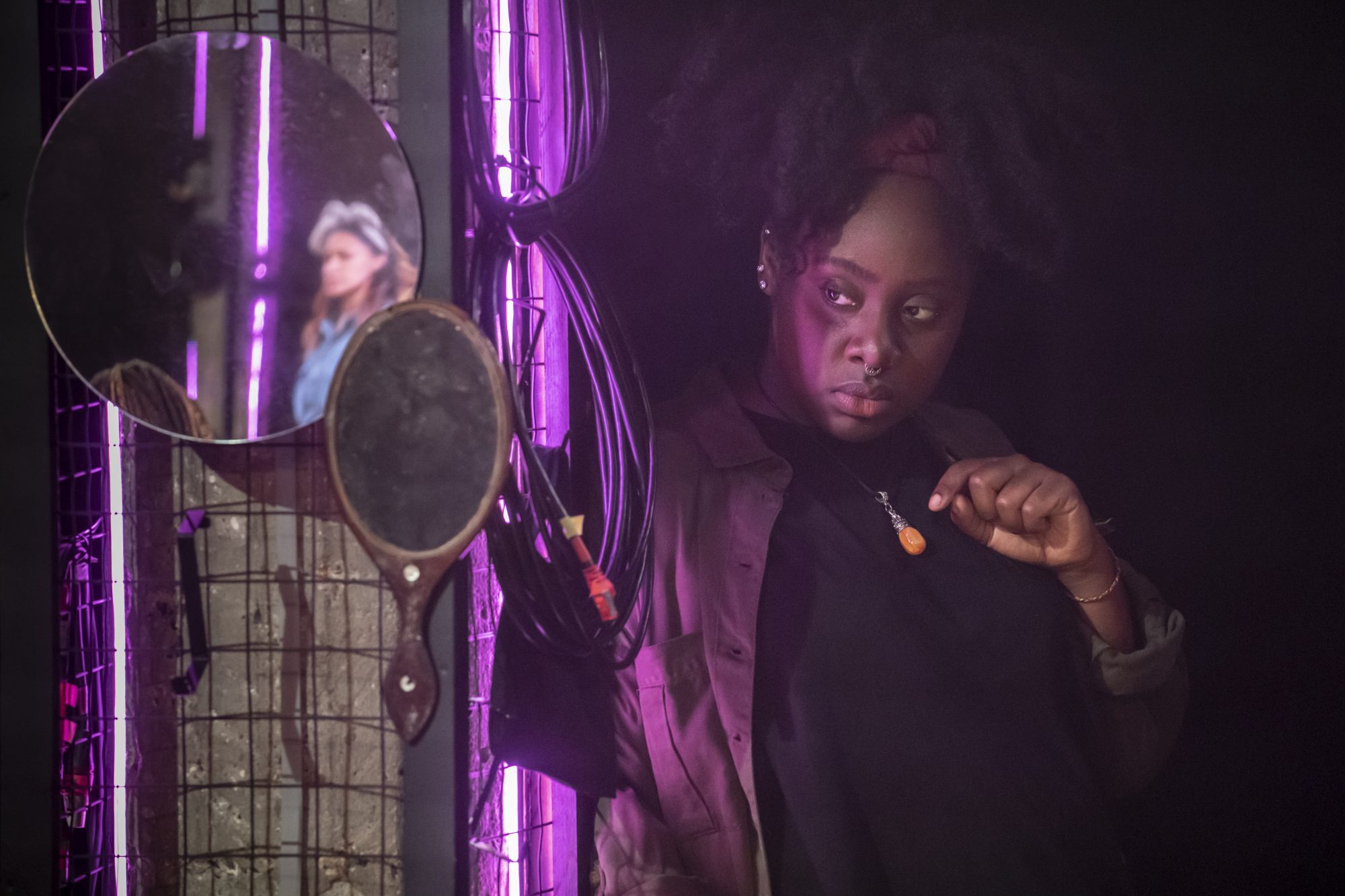 Beth, Opal, Aisha and Yomi are working-class women of colour. They’re busy with dates, dinner parties, and games of pool at their local, over which they bond, confide and fight. Their stories are punctuated by soulful songs providing further insight into their fears, insecurities and loves. These women could easily be young Londoners today – but Jackie Kay’s gig-theatre show was written in 1986. This relevant, moving production addressing issues of sexuality and identity, and centered on characters that are often left out of theatrical narratives, is a vital and vibrant contribution to contemporary theatre.

Despite it’s age, Kay’s script is dramaturgically progressive and socially inclusive. Beth is an out, Black lesbian and Opal is her new girlfriend, but Opal is reluctant to adopt the label herself. Aisha, an Asian carpenter, refuses to disclose her sexuality to Yomi, a single mum who often expresses homophobic views. The four of them have an uneasy and tense friendship that unfolds over episodic scenes, but find common ground in their experiences of being othered by the society they call home. Kay’s dialogue is quiet and exposing; the characters’ honesty conveys a changing, globalised world where we tick multiple boxes or none.

The excellent ensemble of actor-musicians complement each other exceedingly well. Shiloh Coke is an abrupt and closed-off Beth, and Anoushka Lucas is her sweet and nurturing girlfriend Opal. Preeya Kalidas is the leader of the group, firm and parental in her encouragement for everyone to get along. Gloria Onitiri is the unfiltered and often-offensive Yomi. They unite in song, battle in words, and are always negotiating where they fit in the wider world, as well as within their own group.

Though the gig-theatre music and design gives the production a raucous edge, the scenes and monologues are often contemplative. The women honour their past and do their best to treat themselves and each other the same way, but therein lies conflict. As gentle as individual moments are, there’s still plenty of bite that accurately reflects the multiple ways these women are marginalised, then and now.

Chiaroscuro runs through 5 October in London.

One thought on “Chiaroscuro, Bush Theatre”