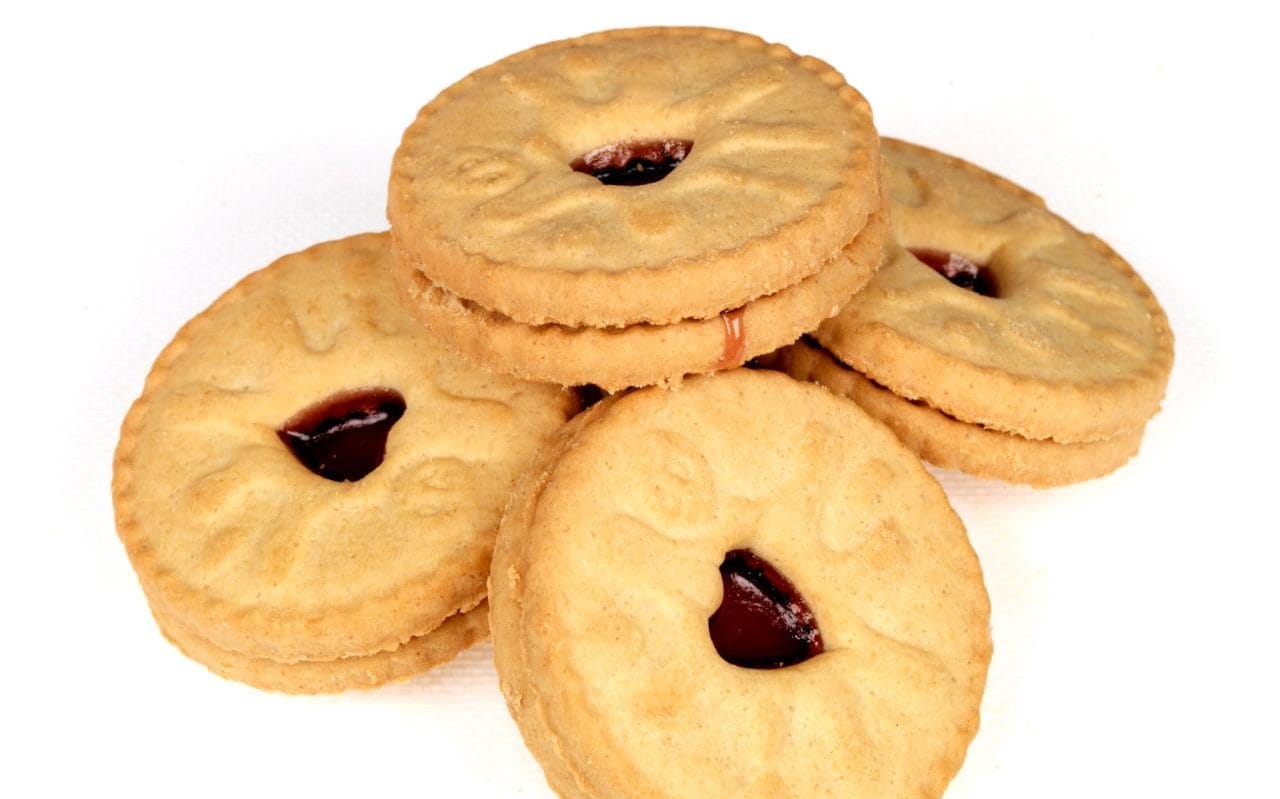 Three women – Beth, Deirdre and Marie-Sue – set out to murder their husbands. but things quickly spin out of control when one murder goes right, one goes wrong and one goes very, very wrong.

Beth, who has successfully and horribly managed to see off her husband Tyler, is left to clean up the mess created by her inept partners in crime, but things get complicated when uninvited guests start to appear, an impromptu board game night begins, and her neighbour turns up to discuss getting involved in her jam business.

Performed at breakneck speed and top volume with tongues firmly in cheek, Jammie Dodger is a lot of fun. The set and costumes are very pink and 50s-reminiscent, a suggestion of three previously perfect housewives who have reached the end of their tether sparking the murderous rampage they are vainly attempting to embark upon. The endearing energy from the cast is infectious; they are really enjoying themselves and it’s difficult not to do the same.

The 45-minute running time makes it just about possible to sustain this. Any longer, and without some change in tone, the relentless pep would veer towards exhausting.

While the design suggests a clear vision for the piece, for all their enthusiasm the performances do lack some direction. Each actor feels like they are aiming for something a bit different, which makes the piece feel muddled – more muddled than an admittedly deliberately chaotic farce needs to be.

There are inconsistencies in the staging, too. A lovely piece of physical comedy with a poorly aimed knife is one of the only bits of real slapstick we see. By the time someone slips on some conveniently spilled jam, we’ve not only got so used to verbal sparring it feels like an uncomfortable tone shift, but the spillage is behind a sofa, so we don’t fully remember it’s even there. As a result, the usually guaranteed LOL of man-falls-over gets a bit lost.

Furthermore, the physical comedy possibilities aside, it’s never totally clear why the play involves jam at all. A whole plot strand about an illegal pyramid scheme is underdeveloped and never really relevant.

But all that said, Jammie Dodger remains a highly likeable comedy that, despite its grisly subject matter, is hugely silly and genuinely enjoyable. Luckily, its charm makes it relatively easy to forgive a few loose ends and some missed opportunities.