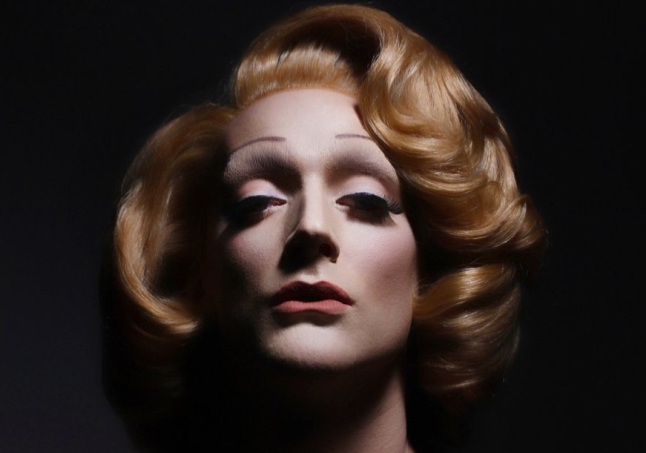 A one wo(man) show by Peter Groom, Natural Duty focuses on Marlena Dietrich’s involvement with the US war effort during World War II. During the war, she spent several years at the front line in France, Belgium and Germany, improving troops’ morale by performing shows and meeting soldiers.

Groom as Marlena sings classic Dietrich songs, and tells us the story of this period – her meetings with top US generals, her concern for her mother still living in Berlin – and her isolation as a German citizen living in the US.

As somebody not overly familiar with Dietrich’s story, I found this an interesting part of her life to focus on. The sacrifices she makes for her new homeland are well illustrated, with a lack of sentimentality characteristic of Dietrich.

Groom makes a very good Dietrich – he has the cheekbones and the eyebrows, and has perfected the sultry cigarette smoking and the singing she does without really singing much. He plays her well and obviously knows his subject inside out; on stage speaking to the soldiers she is witty and coy, but in a later interview she is angry, scathing and very cynical. The story is told well, with simple lighting changes indicating a change of place or time, and allows us to go from the stage in front of us to a film set or a US General’s office, with no effort at all.

There are moments that are truly breath-taking – a rendition of Pete Seeger’s “Where have all the flowers gone” is absolutely devastating.

The script is a little messy – it starts with a variety show, then is interrupted by an interview, and then goes off at tangents long enough to forget that the interview was ever there at all. However, the performance and the music is good enough to forgive the show’s small shortcomings.