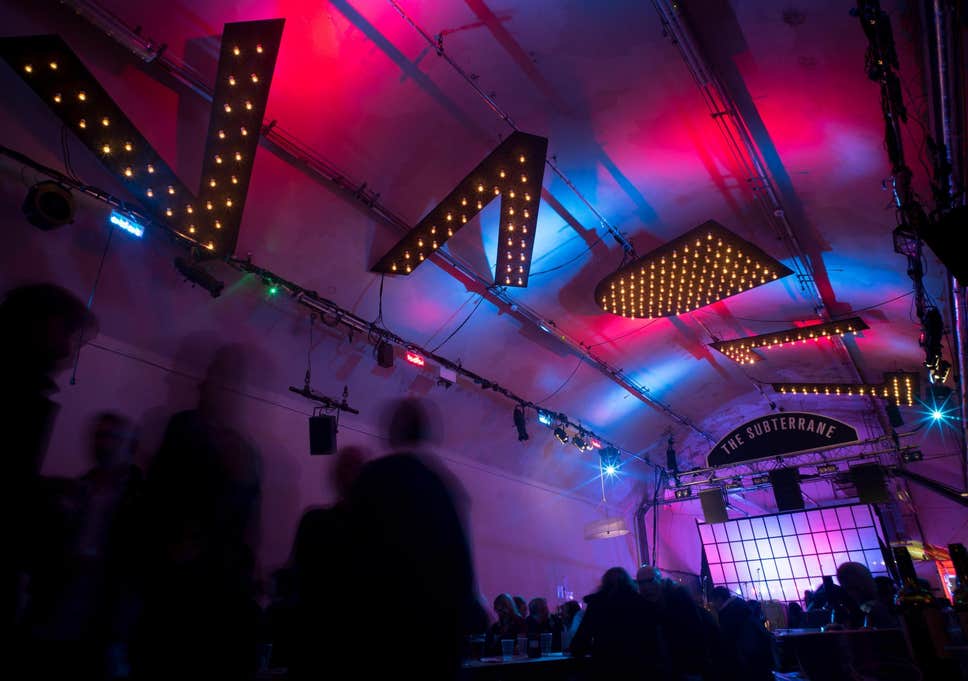 Critics don’t enjoy writing pans. We don’t review because we want theatre to be bad. Quite the opposite – every time we take a seat, whether it be plush and commercial or a bench on the fringe, we hope the show we’re about to watch is the best thing we’ve ever seen. But we’re duty-bound to be honest.

So I have to say that pretty much everything about this show is terrible. An assault on the senses and an insult to theatrical storytelling, the only thing I cannot fault is the enthusiasm with which the performers attack the piece.

It’s totally unclear what the work aims to do or say. There’s a large cast of unrelated characters that inhabit a grotesque, dystopian world of lo-fi absurdity, fake blood and mess. The characters don’t appear often enough to develop any sort of significant individual storylines, so there’s little reason behind their interactions and characterisations are unjustified and shallow. The chosen style seems to be one I call ‘wouldn’t it be cool if’, which has the distinct features of lacking dramaturgical focus or narrative common sense.

Initially I look for socio-political commentary: is the drunk woman dressed as a taco who steals people’s toes some sort of parallel to organ trafficking? (No, but it’s racist.) Does the woman who undergoes a procedure to become taller critique cosmetic surgery? Is the child alone at home who convinces the rat that lives in her wall to steal mum’s car so they can get a milkshake saying something about child neglect?

It’s an exercise in futility. If any of these are meant to be themes, there is no follow-through, discussion or continuity. The episodic structure and extremely heightened reality is reminiscent of Little Britain, Loony Tunes or Mitchell and Webb, but awful and unfunny. The staging is sloppy, as are the transitions and costume changes that are done in full view – it’s worse than a school play. In trying to come across as shocking and anarchic, the show instead comes across as predictably baffling and cartoonish.

Part of why I love VAULT Festival so much is the range of work programmed. Like a tiny version of Edinburgh, established performers run alongside brand new companies. Some work is polished, some is in progress, and the rest is everywhere in between. It’s very much a grab-bag, and this show is a particularly disappointing gift.